Adidas first teased us about their new ‘intelligent’ boots when Lionel Messi took to the field against Nigeria in a pair a few weeks back, but the big day has finally rolled around with the official launch of the new adiZero F50 miCoach boots – an eye-catching (that’s putting politely) piece of footballing footwear design which incorporates a nifty little microchip in the sole, thus giving the 165 gram boot a ‘brain’… 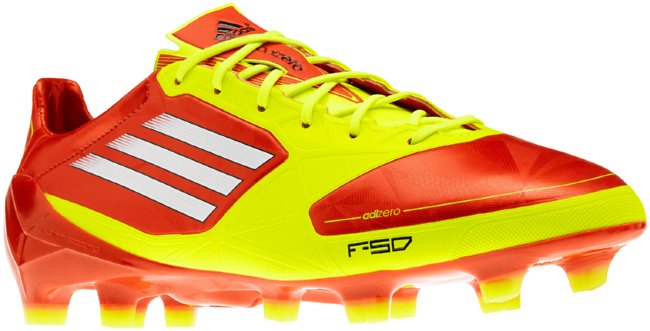 The chip enables both professional and amateur footballers will be able to record, analyse and compare their personal speed, distance and work rate during any game via Adidas’ new miCoach.com online hub – meaning you can pit your hungover pub-league dawdlings against the efforts of Messrs Messi, Bale, Nasri et al should you wish to show yourself up miserably on a global scale for a mere £200.

What do we think Pies fans? Yay or nay?