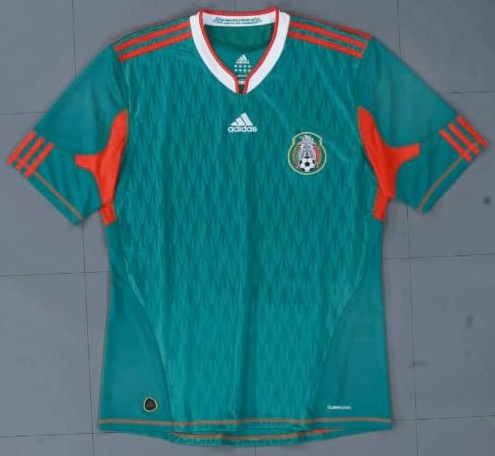 You’re looking at Mexico’s home shirt for the 2010 World Cup. It looks, er, like a fairly standard Mexico home shirt.

I didn’t like it at first, but it has grown on me, probably for reasons of nostalgia more than anything else – it has that old-school look that adidas seems to be bang into now, like something you might have seen at the 1994 World Cup. Shit, 1994 seems like so long ago now :(