Look what was waiting for us on the doormat this morning, a padded envelope containing a few photos of the brand new Adidas Scotland home shirt for 2012/13… 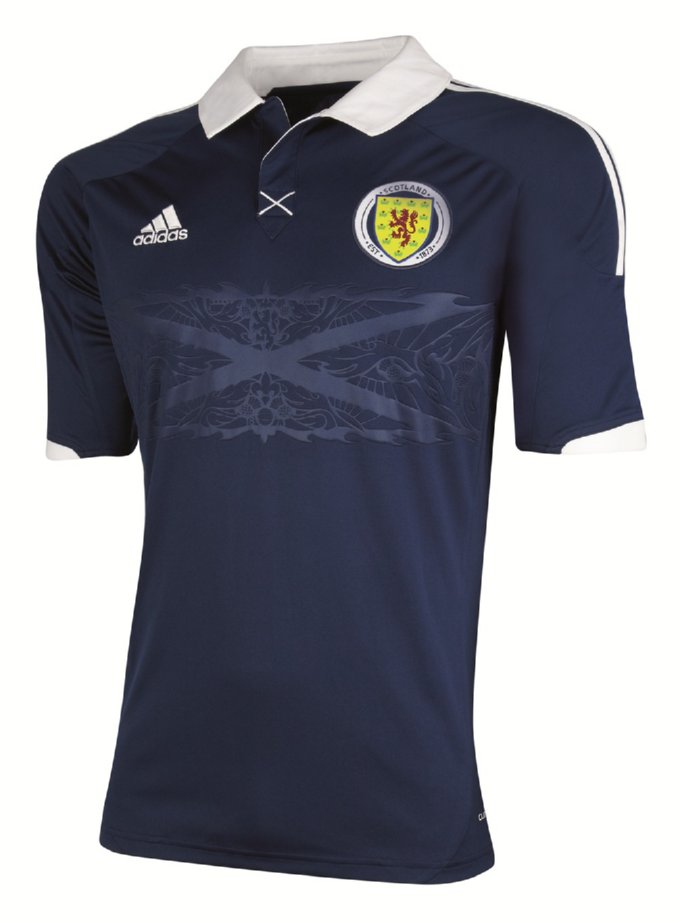 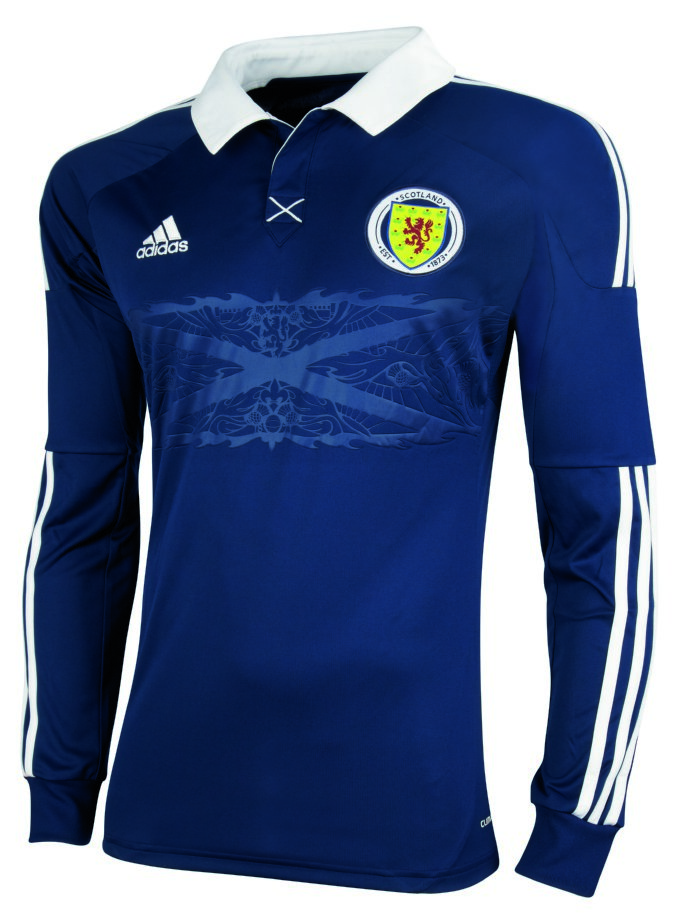 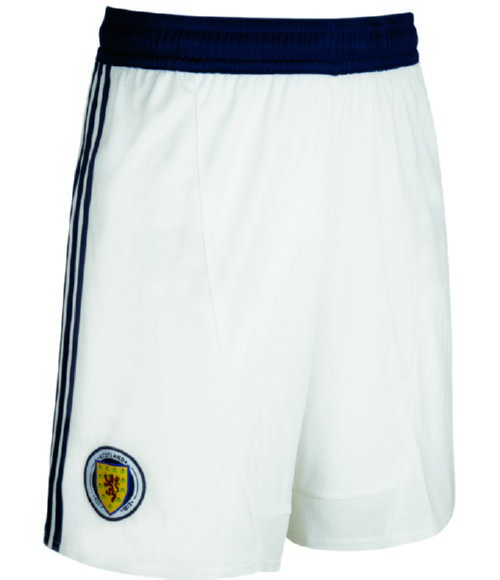 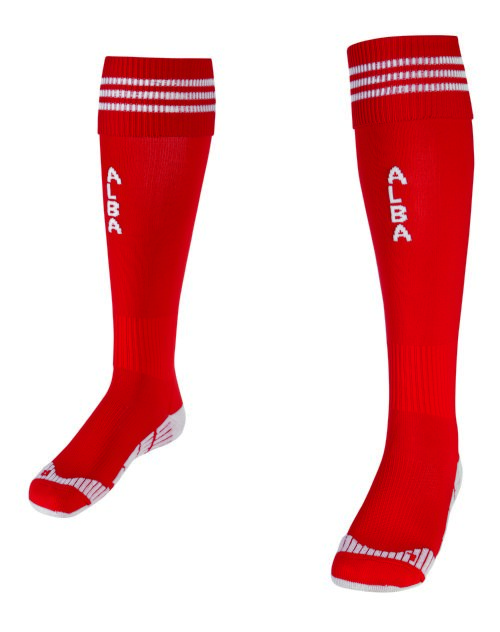 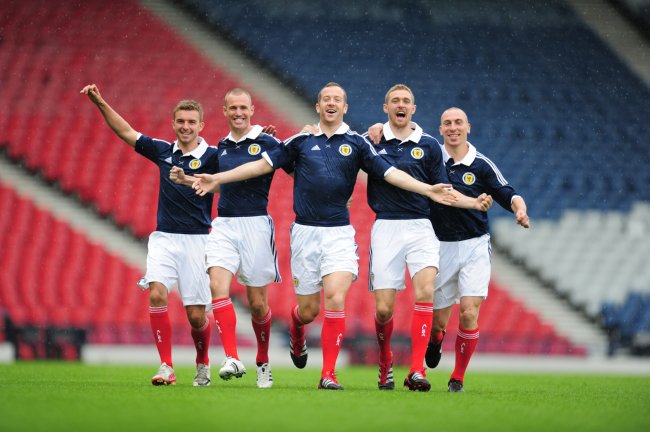 The new adidas Scotland home kit for the 2012/13 season available now to pre-order at scottishfootballdirect.com. On Sale, November 8th 2011.

The embossing across the stomach, which incorporates elements of both the old and new Hampden Park, the Lion Rampant, the Thistle, the 1928 ball used in the 5-1 demolition of England at Wembley Stadium, the Fleur De Lis and the date 1873, i.e, the year the Scottish FA was founded.

There are also Saltire’s everywhere, just in case you momentarily forget which country you’re dealing with here…

For what little it’s worth, I really like the shirt – it’s jumbles the perfect ratio of retro and contemporary design features – plus, that midriff flag should look even more epic once rendered in 3D across the ‘sculpted’ gut of your average terrace-dwelling Tartan Army member. 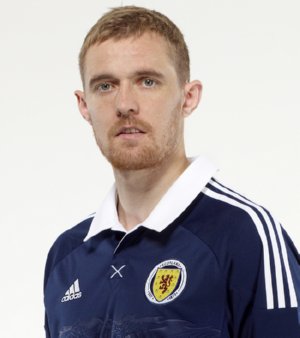 “Aye, it’s awright. Better than that white shite those English jessies a’ wearin’ at the moment.”