It’s that time of year in Britain again when, after enjoying both weeks of summer, autumn is skipped over completely, winter sets in for the next eight months and Nike roll out their Hi-Vis matchballs for use across Europe’s top leagues – this year it’s the rather swish Seitiro, which will make it’s Premier League debut this weekend… 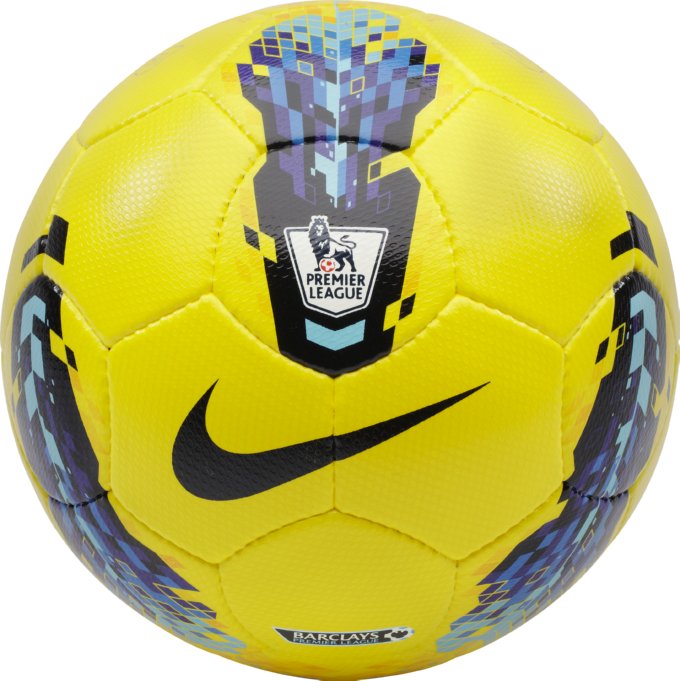 Here we see the official Premier League, Serie A and La Liga graphics. You can have any colour you like so long as it’s yellow… 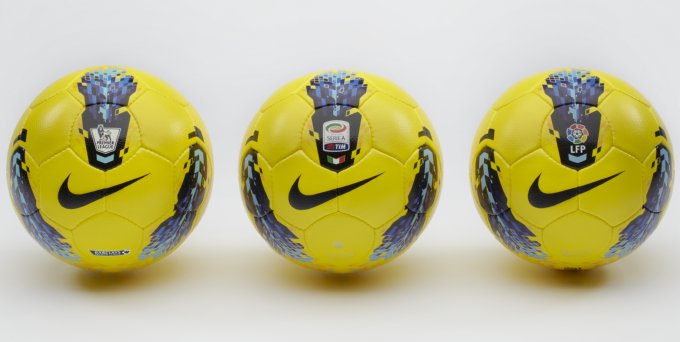 The Seitiro also features Nike RaDaR (Rapid Decision and Response) Technology, which means the ball apparently helps players see it gooder and do dead good kicks and heads at the goal when it’s dark or something like that.

It also has ‘performance graphics’ and has ‘optimal sphericity’ – though what that means is anybody’s guess (I’m guessing it’s ‘got pretty colours’ and it’s ’round’?).

Any road up, it’s a good looking football. Fancy one yourself? The top-whack Seitiro will set you back a mere £90 from the official Nike Store.