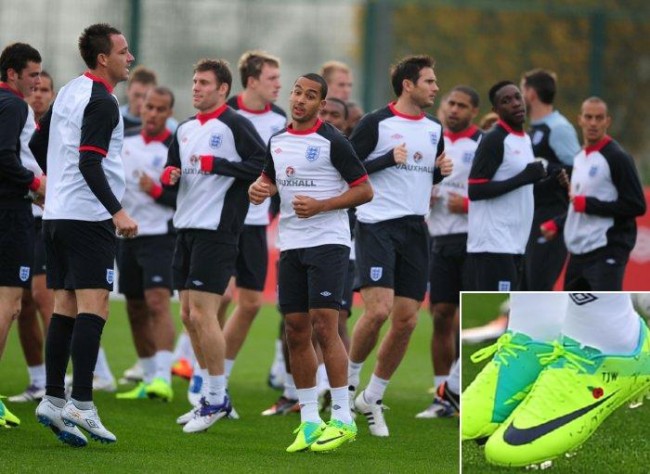 A few snaps of the England players going through their paces ahead of their friendly against Spain at Wembley on Saturday. The more observant among you may notice that young Theo Walcott has chosen to sport a poppy on his boots, while the rest of the squad have not – so we know what that makes them, don’t we? FIFA SYMPATHISERS!

In further news, Xavi has spent the morning trying his honest utmost to pretend that England represent ‘tricky opponents’ for Spain tomorrow, telling the Mirror:

“It’s not easy and we know we’re in London for a hard test against a very strong opponent…England are always among the favourites for any tournament title…The English are difficult opponents so Saturday will be a unique match for us. A hard test.

“They are always dangerous and a hard to beat with their talented players and spirit…(England are missing big players) but I don’t think it means they are less powerful. They are still one of the best teams in the world.”

Bless him for trying, but it’s going to be a bloody walk-over.