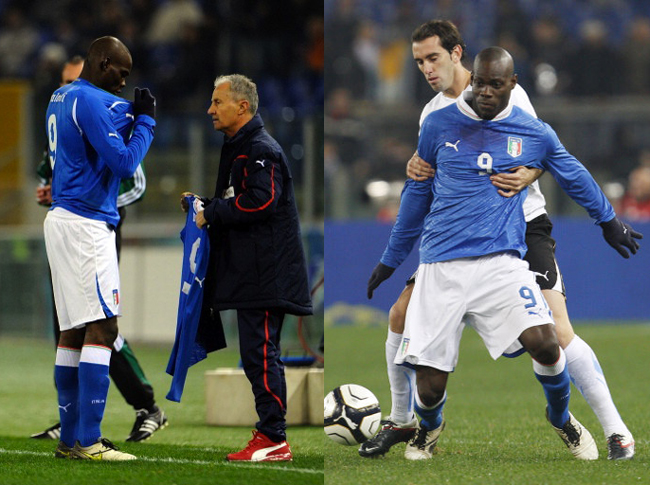 In Italy’s 1-0 defeat at the hands of Uruguay, the City star appeared for the second half of the game wearing the Azzurri’s old shirt, rather than the swanky brand new one which had been unveiled in the run-up to this game, and which he had worn for the first-half.

Only after a stoppage, when the striker was booked for a foul on Diego Perez, were the Italian staff able to get the striker to change his top.

Is there no end to the Madness of King Mario?

Watch his foul and shirt-swap here…