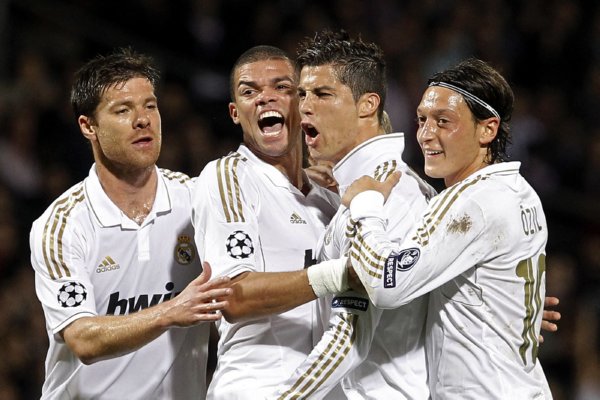 “Hahaha! You’re shit and you know you are!”

Levante and Real Madrid are at snippy loggerheads with one another over claims and subsequent counter-claims that a dressing room dust-up whipped up after the game, sparked by Pepe goading Levante’s players while passing past their doorway after Real’s 2-1 victory at the weekend.

“The whole world saw it. The security staff, the police, his team, our team. That is 100% true. The police and stadium security came, separated us and got into the changing rooms.”

Sergio Ramos countered thus: “There are people that don’t know how to accept defeat. You get tired of it because it’s not the first time, you get tired of it and you think the unsporting people should stay out of it.”

There are also reports that gristly Levante captain Sergio Ballesteros had an altercation with Pepe in the treatment room at the Cuitat de Valencia. The story goes that Ballesteros followed Pepe into the room, throttled him and punched him – though that, of course, is Real’s version of events.

Levante are claiming that Ballesteros went into the room to check on Cristiano Ronaldo (who was having stitches put in a cut above his eye) before things ‘got a little messy’ when Pepe politely pointed out that the Levante man wasn’t permitted to be there.

As long as Pepe got punched, we’re happy.

It’s also being reported that the police arrived and, after forcibly removing an irate Ballesteros, locked Madrid in their changing room for their own safety – every player except one: 20-year-old Alvaro Morata, scorer of the winning goal, who was talking to the media at the other end of the tunnel when the police turned the key.

Both teams have since issued statements, with Real praising their players’ ‘exemplary attitude’ over the course of the evening and Levante following suit, putting out an ironic statement that was almost a word-for-word copy of Real’s.

Far as we can see, there’s only one way to settle this: Pepe vs Ballesteros – No holds barred streetfight to the death!