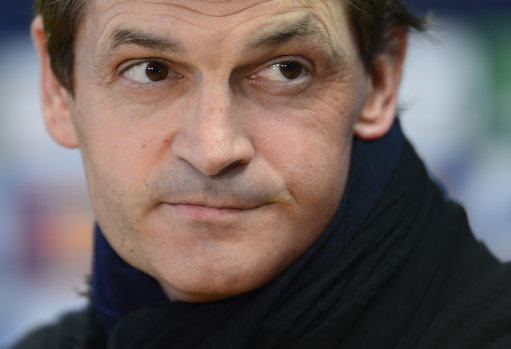 Those solid, stand-up chaps at Barcelona have announced that, as a gesture of good will, the club are to honour the last year of Tito Vilanova’s contract and keep the recently departed coach on the payroll while he once again fights to rid himself of throat cancer.

According to SPORT.es, having already appointed Tata Martino as his successor in the top job, Barca will also retain Tito in a “technical advisor” capacity and have him advise the club’s sports management team (only if he feels up to it) while being paid in full as head coach for the final year of his deal – which runs out next July.

So, in effect Barca are going to be paying for Tito’s treatment – which isn’t cheap. What a thoroughly decent gesture.