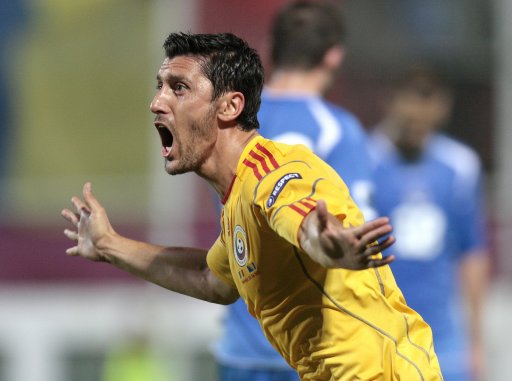 It’s fair to assume that Getafe didn’t sign free agent Ciprian Marica for the replica shirt sales anyway, but the La Liga side are going to be hard pressed to shift even one replica in their club shop after it was reported that the Romanian striker may have to play in a nameless shirt during his time at Los Azulones.

Why, you ask? Well, as we’re reliably informed, Marica’s surname has a rather unfortunate Spanish translation. Indeed, according to Bild, it translates as something approximating “sissy” or “faggot”, with the player already coming in for some ribbing in the tittering doldrums of the Spanish press.

It’s thought that Marica may yet choose to play with his first name on the back of his shirt, but so far no official decision has been made.

You can scoff at the pathetic backwardness of it all if you want, but don’t imagine it’d be any different if a foreign player named “Faggot” turned up in England (or most countries for that matter). The slanging from the terraces and in the pubs would be unbearable.