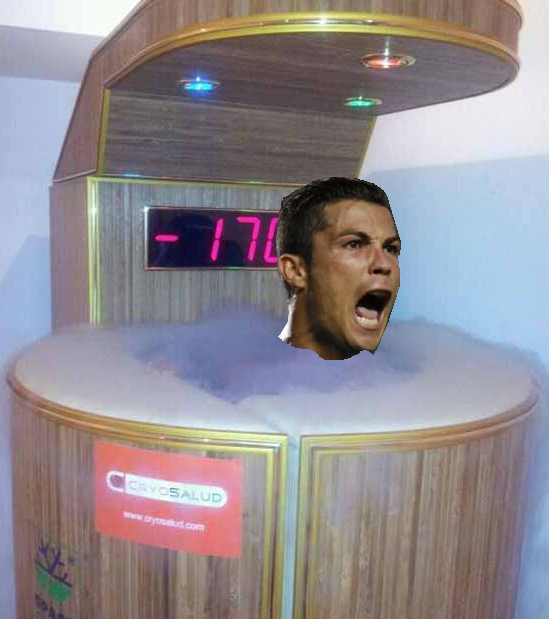 According to Spanish paper El Mundo, Cristiano Ronaldo has recently taken to undergoing weekly ‘Whole Body Cryotherapy’ sessions at a luxury spa near his home on the outskirts of Madrid in a bid to help ease the aches and pains caused by the weekly battering his lower body takes at the hands (or feet) of La Liga’s more “agricultural” defenders.

The sessions basically involve Ronaldo clambering into a Criosauna chamber (as seen above) and having his body blasted with liquid nitrogen at temperatures close to -120°c for a few minutes, which is supposed to help soothe inflammation while also stimulating muscle re-growth.

Most athletes have to use specialist companies to undergo such treatment but Cristiano Ronaldo isn’t most athletes and, as such, the Real Madrid star has shelled out £36,000 (which is roughly £35,990 more than it’d cost to fill a wheelie bin with ice water) to have his very own Criosauna  – Cristianosauna? – installed at his home in La Finca after becoming, in El Mundo’s words, “hooked” on the ice-cold rush of endorphins that the process apparently brings on.

Rather him than us, is all we’ll say – though Fronk is also a big fan… 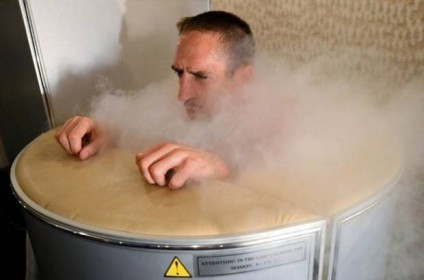