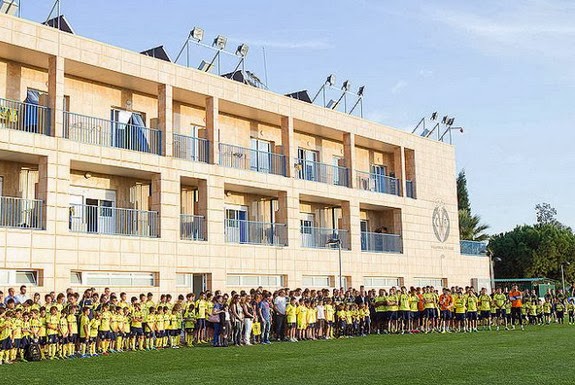 Achingly tragic news coming out of Spain this afternoon with reports that a member of Villarreal’s youth side has been killed by his own father on Monday in what is being described as “an act of domestic violence”.

According to the Spanish National Police, Jorge was strangled to death by his father, 53, who also stabbed his wife, 50, to death before committing suicide by throwing himself off the roof of the family’s apartment building.

Villarreal issued the following statement on their official website:

“Villarreal CF wishes to express its deepest sorrow and sadness for the loss of Jorge Monzonís Sempere, footballer of the Alevin F team of the Yellows football school.

“Also, the club wishes to offer its sincerest condolences at this difficult time, to the relations and friends of the young sportsman.

“As a sign of respect and mourning, players, coaching staff and employees of Villarreal CF will mark a moment of silence before the start of training, to be held at the Miralcamp training complex, from 17:30 this [Monday] afternoon.

“In addition, El Madrigal will also observe a moment of silence next Thursday, before the match against Getafe.