We’re not entirely sure if this constitutes comfort eating or what, but a leaked document picked up by Spanish paper Libertad Digital has revealed that several members of the Barcelona squad ate away the pain of last night’s 0-0 draw against Malaga by ordering pizza and Nutella sandwiches from hospitality.

Chocolate sandwiches: The food of kings!

In fact, both apparently both Marc-Andre ter Stegen and Sergi Roberto chose to accompany their Nutella sarnies with a side-order of raw fish… 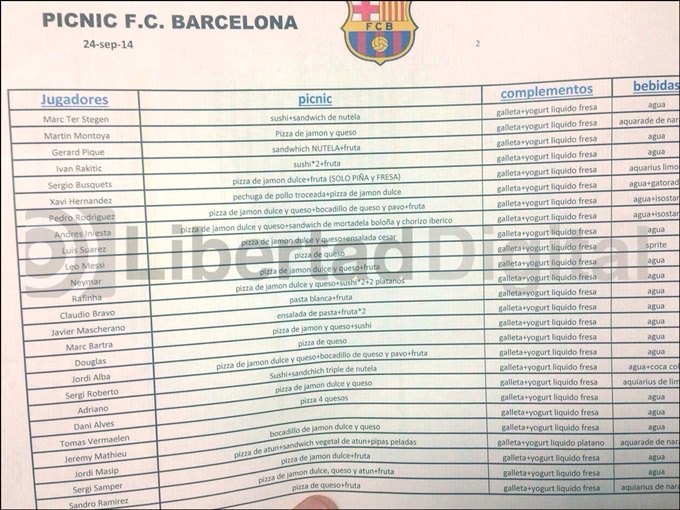 Now, while we appreciate that a leaked food order request is hardly Edward Snowden all over again, it’s quite reassuring to know that you pretty much share a diet regimen with elite professional sportsmen, no?