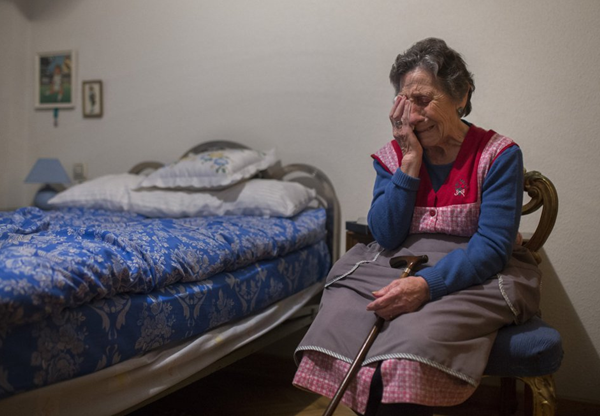 These are sad, sick, cynical times in which we live, so it’s always nice when a story comes along that restores, if only temporarily, your faith in humanity.

Despite having a yearly operating budget (€7million) that is comfortably less than half of Cristiano Ronaldo’s current annual salary across the city at Real Madrid (€17million), Rayo Vallecano have stepped in to pay the rent of a local 85-year-old resident after she was evicted from her home of the last five decades by Spanish authorities.

Carmen Martinez Ayuso, who lives in the Vallecas district of Madrid, lost her apartment near Rayo’s stadium after her son used it as collateral on a loan he was subsequently unable to pay back.

Mrs Ayuso was understandably distraught after being evicted from her home of 50 years, with her story sparking anti-eviction protests on the streets of Vallecas.

It was then that her plight came to the attention of Rayo coach Paco Jemez, who has since announced that the club will cover her rent as and when she finds new accommodation.

Published on the Rayo website, Jemez said in a club statement:

“Of course it touches us. The worst thing that could happen to a family is getting thrown out of your home, especially when you consider she had been living there for 50 years.

“We are going to search for a place where she can live with dignity.”

Indeed, a banner was then held up by Rayo fans at the Vallecas Stadium during their recent game against Celta Vigo which read: “Rayo against evictions”… 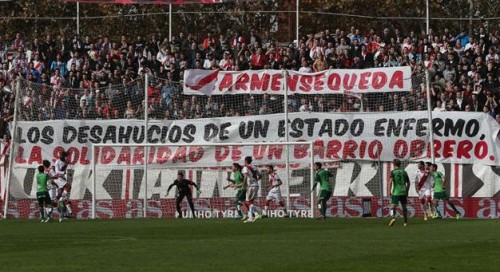 Rayo are a club who are proud of their left-leaning socialist values – a rare thing in world that doesn’t usually care.