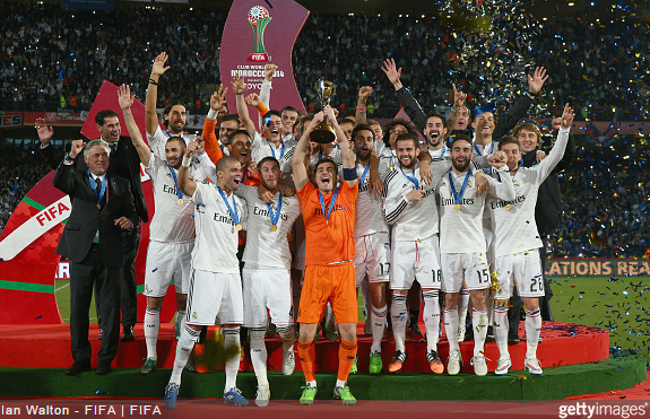 Champions of Europe Real Madrid became champions of the world on Saturday night after the Spanish giants defeated Argentina’s South American champions San Lorenzo courtesy of a 2-0 scoreline in the Club World Cup final in Morocco.

The goals came from Sergio Ramos and Gareth Bale as Madrid bagged their fourth trophy of 2014, coming after the Champions League, the Copa Del Rey and the European Super Cup. Not bad, eh? And what a year Toni Kroos is having!

Here’s some highlights of the game…