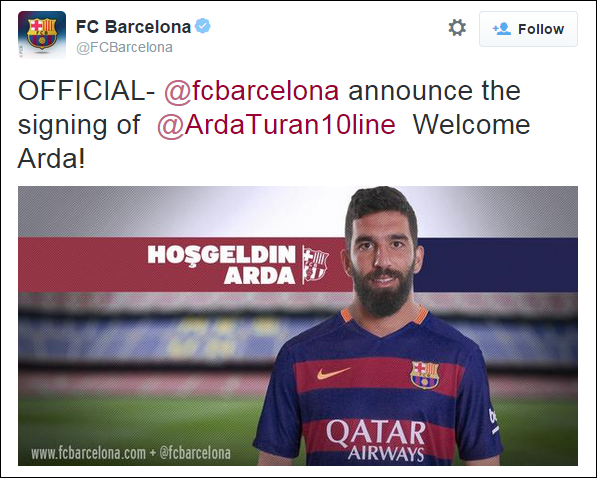 The deal has been completed despite the Catalan giants’ current FIFA ban which was supposed to stop them signing any players in 2015. However, once again Barca have sidestepped the ban, albeit with the fesity Turan not available for action until January.

The Turkish international captain has been one of the jewels in Diego Simeone’s hugely successful Atletico side, and is comfortable out wide or in a central playmaking role. A target for Chelsea this summer, the 28-year-old unsurprisingly plumped for a chance to play behind the not-too-shabby trio of Messi, Neymar and Suarez.

The move could now see Simeone making a move for Arsenal’s Santi Cazorla to fill the rather large hole left by Turan’s departure. While Spanish international Pedro could be set to leave the Nou Camp, with the Gunners reported to be interested.

As for these transfer bans, what really is the point?