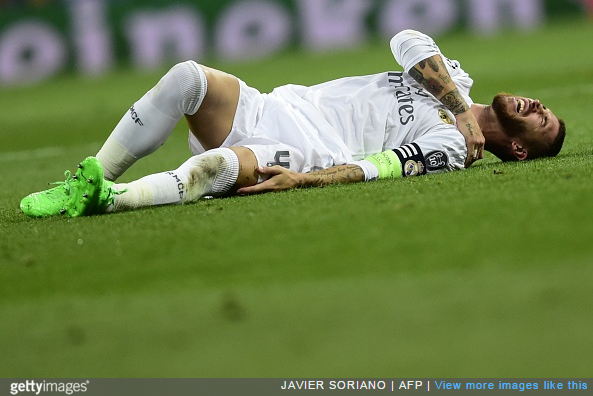 With nowt but an international break lying between us from the first El Clasico fixture of the season, the pre-match verbals have already begun.

“It’s a special game,” Pique purred, the sweat beginning to bead on his forehead.

“These are the sort of games that get us turned on.”

Pique’s sensual revelation was then put to Sergio Ramos, who in turn revealed that he had suffered similar sexy side effects during La Liga’s showpiece blow-out.

“El Clasico has never made me orgasm, but nearly!” the Real Madrid defender gushed, his entire body trembling with carnal desire.

“The team has two weeks to work hard. I would have to say to Madrid fans that they need to trust us.”

Ooh la la. It’s all getting a bit Mills & Boon lads, and before the water-shed too!

Time for a nice, cold bath.