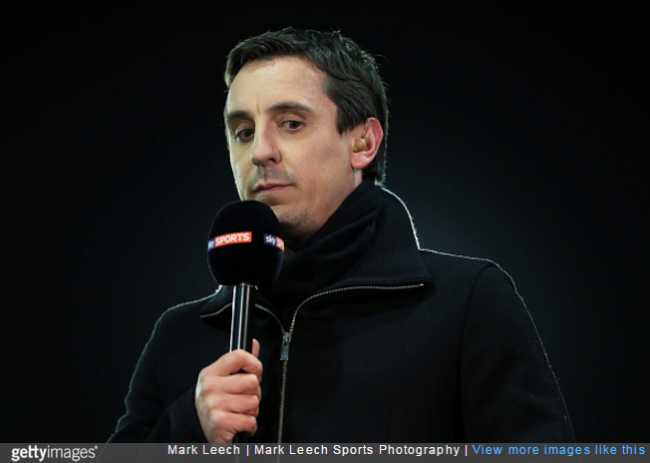 Coming straight out of left field, Valencia have made the shock announcement this afternoon that they’ve appointed Gary Neville as their new head coach…

Neville has been hired to take over at the helm up until the end of the current season. He joins younger brother Phil on the coaching staff at the Mestalla.

The former Manchester United right-back, 40, will continue his coaching role with England but is expected to put his Sky Sports punditry work on the back-burner in the meantime, which appears to have hit his partner hard…

I am absolutely thrilled to be given this opportunity with Valencia.

Valencia are a huge football club of immense standing and I know from my time as a player the passion and dedication of the Valencia fans.

I am really looking forward to working with the club’s talented group of players and am excited about the challenge ahead.

The move isn’t quite as random as it first appears. Valencia are owned by Peter Lim, the Singapore businessman who is also pumping cash into non-league Salford City, the club jointly run by the Neville brothers, Paul Scholes and Ryan Giggs.

Such is his obvious dedication to and appreciation of the technical side of the game, it was only a matter of time before Nev took the plunge into the murky world of senior management. This could be the start of great things.