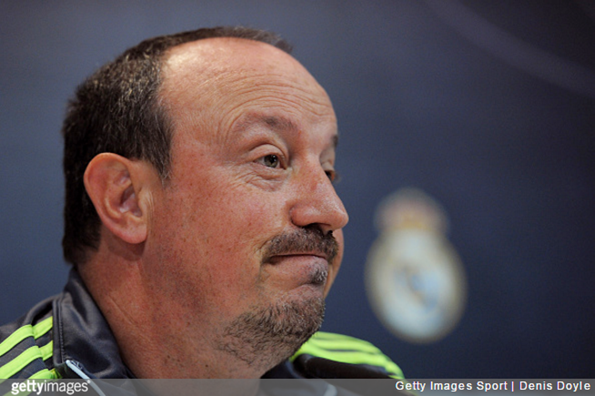 It’s not quite officially official yet but the writing is most definitely on the wall for Rafa the Gaffer, with Real Madrid president Florentino Perez calling an ’emergency meeting’ with his soon-to-be latest ex-coach this afternoon. That usually only means one thing.

The Spanish press is awash with speculation that Benitez is in the process of being canned with Real lolloping way down in third in La Liga, two points behind Barcelona and only four points behind league leaders Atletico Madrid. Shameful stuff.

Sources close to Madrid are confirming that Rafa Benitez has been sacked with official announcement expected later pic.twitter.com/6w5dBoAEVH

In fairness, the general mood has not been good in the Real camp since Rafa’s arrival, which in itself was treated as a massive anticlimax by the most spoiled, tantrum-prone fans in world football.

Before you go getting excited about the plants aligning for Jose Mourinho’s bombastic return to the Bernabeu, it’s being widely reported by prominent sources that Zinedine Zidane will be stepping up from the Castilla to take over as and when Benitez is punted out of the door at Valdebebas.

The cosmic ballet… goes on.