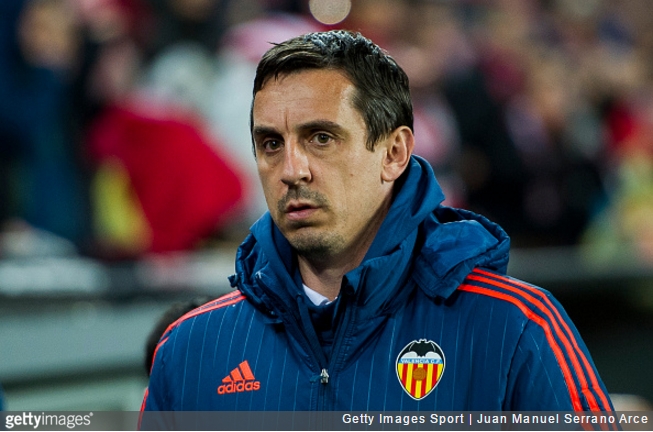 Coming as a shock to literally nobody, Gary Neville has had his contract mulched by Gary Neville’s Valencia, who go back to using their original moniker (plain old ‘Valencia’) with immediate effect as a result.

A statement has just appeared on the official club website to announce that Neville has been given the old heave-ho:

After carefully analysing the sporting situation, the Club has decided to make this change in the best interest for the Valencia Football Club overlooking the end of this season.

The Club thanks Gary Neville for his work and wishes him the best of luck in the future.

They also mention that Pako Ayestaran will take over as interim coach until the end of the season. No word on the fate of Phil.

Given that Nev’s league record in charge at Los Che looks something like this: DDLDLDDLLWWLWLLL (with 14 goals for, 25 against and zero clean sheets to boast), it’s perhaps little wonder that they’ve given him the elbow despite his contract being up at the end of the season anyway.

To be honest, we’re only surprised that they let the joke go on this long. Carra’s MNF banter is going to be unreal.