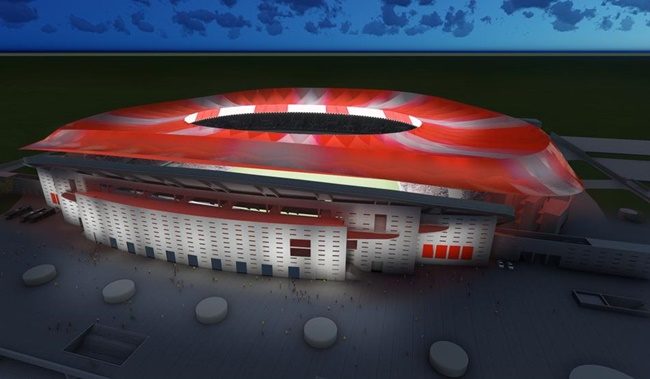 Atletico Madrid have revealed the name of the brand new, LED-studded, 67,000-seater stadium in the Spanish capital.

Club president Enrique Cerezo proudly announced today that Atleti’s new home will be called the ‘Estadio Wanda Metropolitano’ after the Chinese property and cinema conglomerate secured a deal to procure the naming rights. For the record, they already own a 20% stake in the La Liga side.

“Our new home will be called Wanda Metropolitano – a name full of history and future,” Cerezo (who is a movie producer by trade) gushed during the introductory press conference. 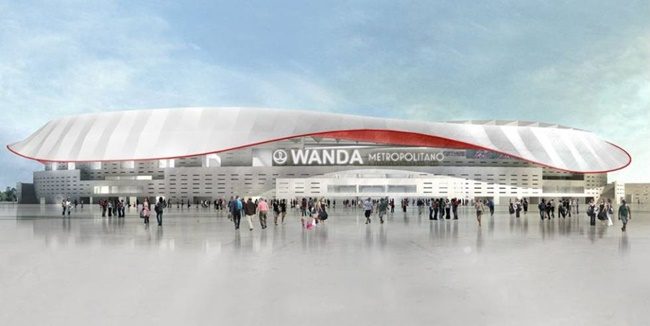 With the Vicente Calderon beginning to crumble after 50 years of wear and tear, Atleti are set to move out and into their new home for the start of the 2017/18 season.

The Metropolitano (as it will undoubtedly be referred to by everybody outside of the boardroom) is built on the site of the old ‘La Peineta’ athletics ground in Madrid and, as well as being vast, will also be able to change colour – much like the Allianz Arena.

The tweaks are subtle, but we like what we see.