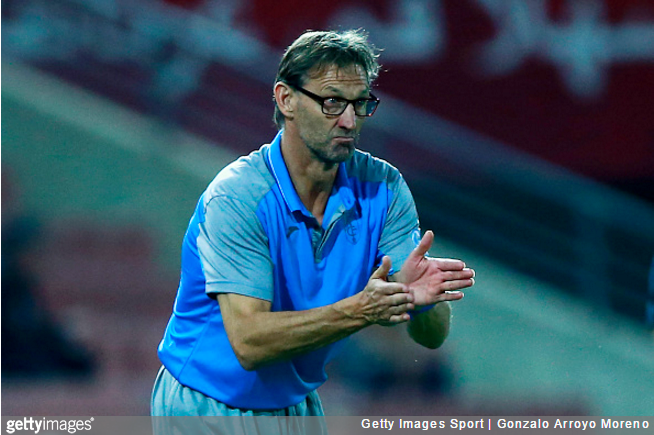 Unlikely as it may seem, Granada have not enjoyed the industry standard ‘managerial bounce’ since appointing Tony Adams as their new head coach earlier in the month.

The struggling side have suffered two straight defeats under the tutelage of the former Arsenal defender, albeit against decent opposition in the shape of Celta Vigo and Sevilla respectively.

However, it’s not all been doom and gloom.

Indeed, it was during the latter stages of the Sevilla match, with Granada already 2-0 down, that we saw Adams starting to put into place the visionary, enchantingly rhythmic tactics we saw him espousing in his very first training session…

Big fan of Tony Adams trying to inspire his players when they’re 2-0 down in the 90th minute. pic.twitter.com/vUe83GWc4c

Can’t wait for the Real Madrid game coming up on 6th May.

Definitely one to mark in the diary.