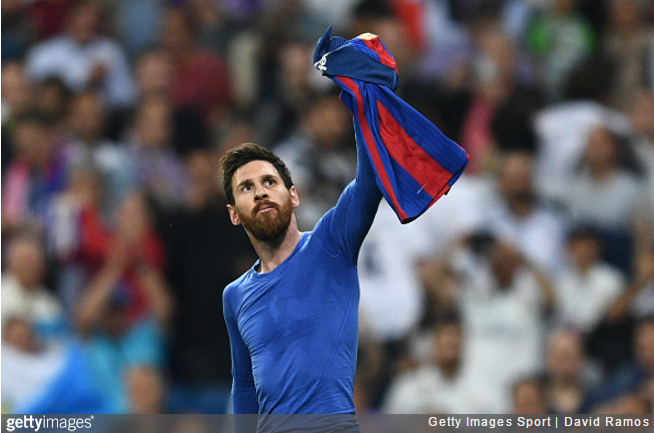 The keen-eyed amongst you may well have noticed that a certain Neymar wasn’t included in the Barcelona team that registered a rousing 3-2 victory over Real Madrid in Sunday night’s suitably tempestuous El Clasico fixture.

Indeed, Neymar was left at home after Barca were warned that flouting a pending appeal into the Brazilian forward’s recent red card against Malaga by fielding him against Real would see the club in breach of court regulations.

As such, Neymar was forced to watch the drama unfold at the Bernabeu from the comfort of his own front room, though he still managed to sneak his way into Barca’s post-match victory photo thanks to more quick-thinking from Messi.

As the Barca players massed for the photo, Messi made a video-call to his ineligible brethren and duly held his face aloft as the boys in blaugrana celebrated in unison… 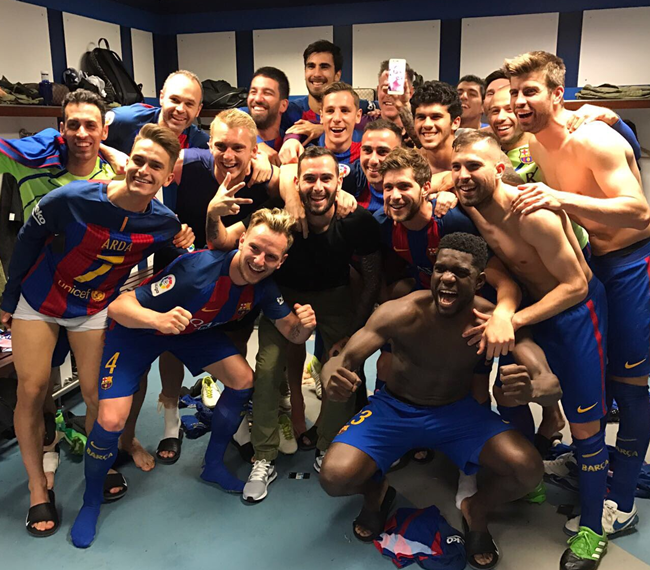 Those Barca buddies, eh? Such larks!