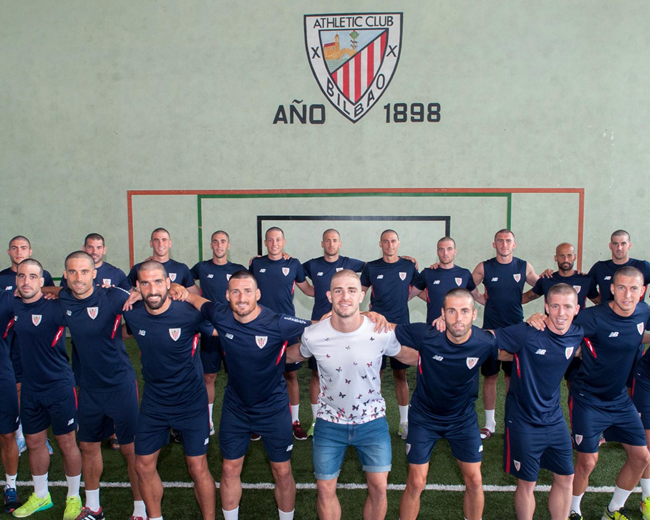 The entire Athletic Bilbao squad have shaved their heads in a show of solidarity for midfielder Yeray Alvarez, who has undergone chemotherapy for the first time this week.

The young midfielder was forced to withdraw from the Spain Under-21 side last month after suffering a relapse, after first being treated for testicular cancer in December of 2016.

So, to show that they are with him every step of the way, his Bilbao teammates have now too shorn themselves of their hair…

According to the head of Bilbao’s medical team, Dr Joxean Lekue, Yeray is “very good” both mentally and physically and as such the 22-year-old is predicted to return to training in approximately three months.

In the meanwhile, he’ll no doubt be buoyed to know that he has the unconditional support of everybody around him.