Today, the good folk at La Liga have confirmed that actual regular season Spanish league fixtures are to be played in the United States of America as part of a new 15-year partnership.

La Liga have struck a deal with Relevent, an entertainment promotion group, to form a project called ‘La Liga North America’ with which they hope to promote European football culture in the US and Canada.

The deal, which is part of the pre-tournament groundswell push to up the interest in the 2026 World Cup (co-hosted by the US, Canada and Mexico), will see proper competitive La Liga fixtures being hosted in American and Canadian cities – and we’re guessing it probably won’t be Huesca vs Eibar.

Here’s the statement issued by La Liga, as shared by The Spanish Football Podcast… 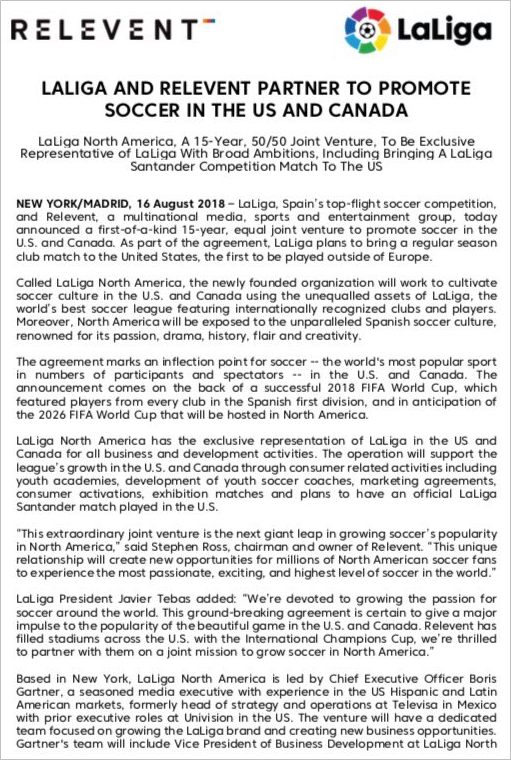 “As part of the agreement, LaLiga plans to bring a regular season club match to the United States, the first to be played outside of Europe.”

Because who gives a flying fudgewinkle about the real, local fans of the teams involved when there’s money to be made in emerging markets?

This is it – this is ‘end times’. More shall fall. It’s only a matter of time before top-level football is just one big homogeneous, conglomerate global super league, full of faceless super clubs, playing meaningless (but lucrative) International Champions Cup matches in Dallas and Singapore for the rest of time.