Andres Iniesta is soon to be the proud recipient of a statue dedicated to him in his home province of Albacete.

Iniesta was born in the village of Fuentealbilla (where he already has a bronze sculpture, erected in 2013) and began his football career at Albacete Balompie, the very team whose shirt’s are still sponsored by the ex-Barcelona midfielder’s local wine bodega. 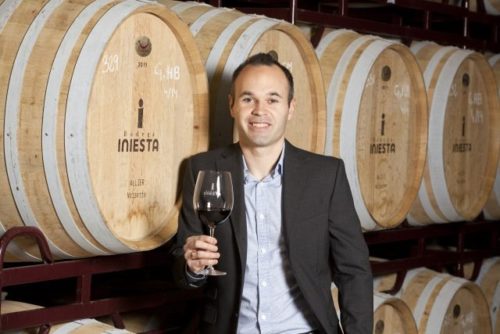 Anyway, Mayor of Albacete, Manuel Serrano, has decided it is high time that the city pay homage to one of their most famous sons in sculpture form, and as such has opened a contest for artists to tender for the €45,000 project.

Appearing alongside Iniesta’s father (the bloke in the sunglasses) at a news conference on Monday afternoon, Mayor Serrano announced his plan…

Speaking at the conference, Mayor Serrano explained that Iniesta “represents the values of the Albacete society which are humility, simplicity and effort.”

Albacete will have a sculpture of the great Andres Iniesta thanks to Soliss Seguros (the Albacete-based insurance company that is part-funding the project).

This is another acknowledgement, which is more than deserved, from the Albacete people to one of our most universal personalities who carries the name of Albacete with pride all over the world.

Fingers crossed the people of Albacete are actually familiar with Iniesta and have half-an-inkling as to what he looks like.

Unfortunately, when it comes to footballers and their statues, the same can’t often be said.