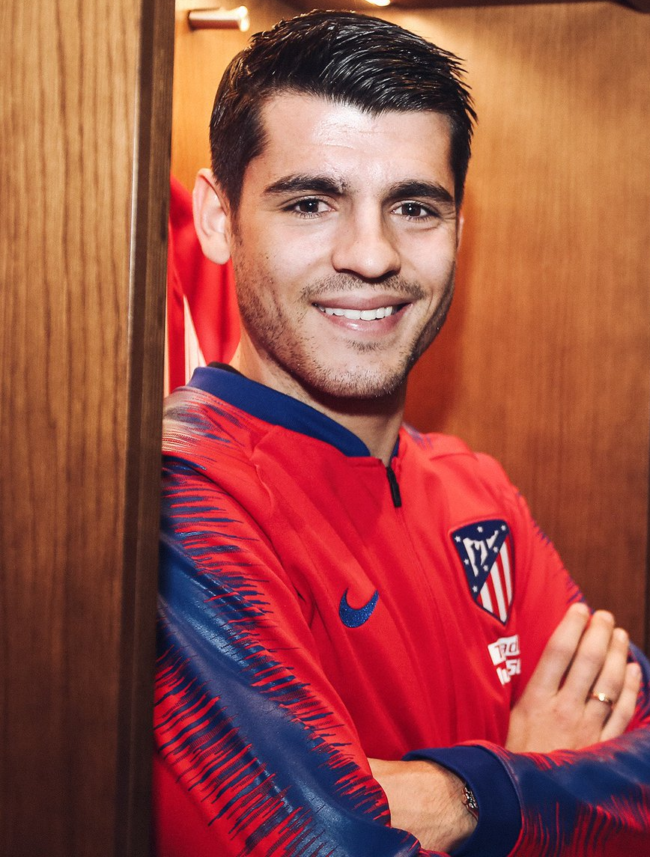 That smiling soul you see before you is Alvaro Morata, who is officially not Chelsea’s problem anymore.

With Gonzalo Higuain now in at the Bridge, Morata has been freed up to complete his 18-month loan move to Atletico Madrid…

You’re probably aware that Morata spent several years at Real Madrid but you may not know that he actually spent four formative seasons playing for the Atleti academy beforehand so this really is a homecoming for the 26-year-old target man.

While obviously unhappy at Chelsea, Morata never downed tools and simply continued to do his best despite taking the majority of the flak for attempting to spearhead a team that has a history of under-utilising its strikers.

When you can’t get Radamel Falcao, Andriy Shevchenko, Claudio Pizarro, Mateja Kezman, Hernan Crespo, Fernando Torres, Alexandre Pato, etc, etc, bedded in and scoring regularly, the underlying issue might not be the personnel.