Los Blancos blew a 2-1 first-leg lead to lose 4-1 at home to Ajax at the Bernabeu on Tuesday, thus bringing an anaemic end to the club’s run of three straight Champions League successes.

It also means Real’s season is all but over following a devastating seven days which saw them go out of the Copa Del Rey with a 3-0 home loss to Barcelona before another  1-0 home defeat against the Catalans in La Liga saw Santiago Solari’s men fall even further behind in the table.

With the imperious club now set to end the season trophy-less, Stoichkov decided to mark the occasion in fitting fashion: by posing alongside a mock tombstone commemorating the sad demise of Real Madrid Club de Futbol… 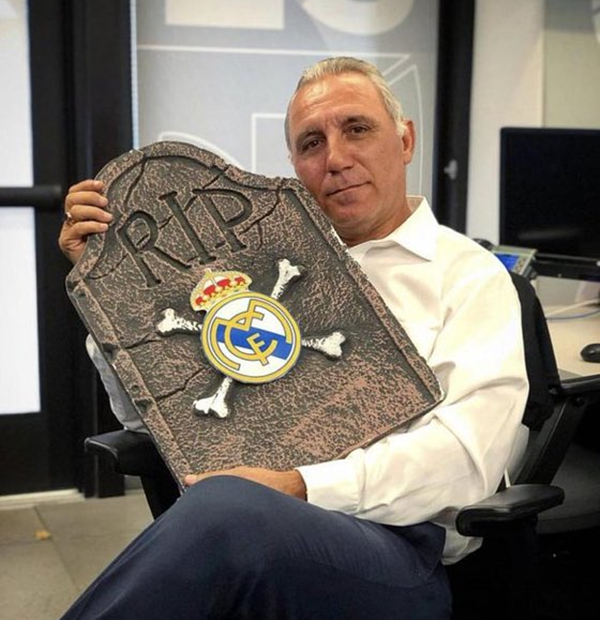 The photo has served to rile Real fans, who are furious with just about everything at the moment.

Stoichkov spent seven years at Barca over two stints in the 1990s, scoring 162 goals in 341 appearances and generally winning all there was to win, earning himself untouchable status at the Camp Nou.

Judging from the wry smirk etched on his face, the Bulgarian great could barely contain his glee, having made no secret of his deep-seated loathing for the-club-who-shall-not-be-fully-named in the past:

I will always hate Madrid. There is just something about them that gets up my nose.

I would rather the ground opened up and swallowed me than accept a job with them. In fact, I do not like speaking about them because it makes me want to vomit.

Come on, Hristo lad. Tell us how you really feel.

Of course, the loose theme of mortality is the only segue we need to re-post one of Pies’ favourite football photos: the day Sunderland (then of the Second Division) fans pronounced Don Revie’s all-conquering Leeds United side “dead” with a faux coffin placed on the pitch at Roker Park. 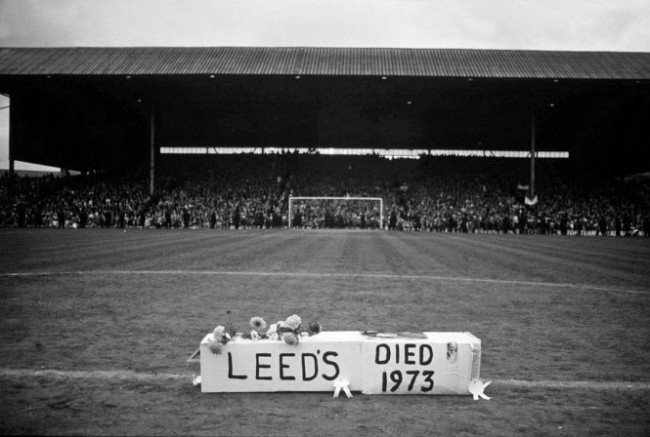