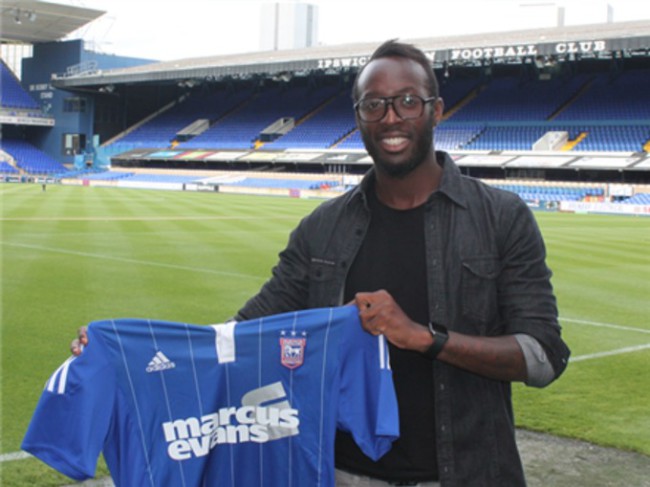 He may look like a man who works as a programmer for Atari in 1983, but the chap you see afore ye is actually Larsen Toure, a Guinea international winger who signed for Ipswich Town from the French lower leagues over the summer.

Hoping to ingratiate himself with the Ipswich fans after the Capital One Cup tie against Doncaster last night, Toure made his way over to the travelling fans at the final whistle and promptly lobbed his shirt into the crowd.

He was then swiftly taken aback when the Ipswich fans threw it right back at him.

Momentarily thinking that he’d made a poor impression, it had to be explained to Toure that despite having come through 90 minutes against Donny, the score was level at 1-1 and therefore – this being the cup after all – there was still another half-an-hour of extra-time to play!

Here’s Big Mick’s take on the incident, as per the East Anglian Daily Times…

.@Larsentoure got a bit mixed up with his shirt this evening. Mick’s vowed to help #itfc http://t.co/TjVVsG2AWD pic.twitter.com/zp7DXRiSid

For the record, Ipswich went on to win 4-1 after 120 minutes – which was probably for the best.