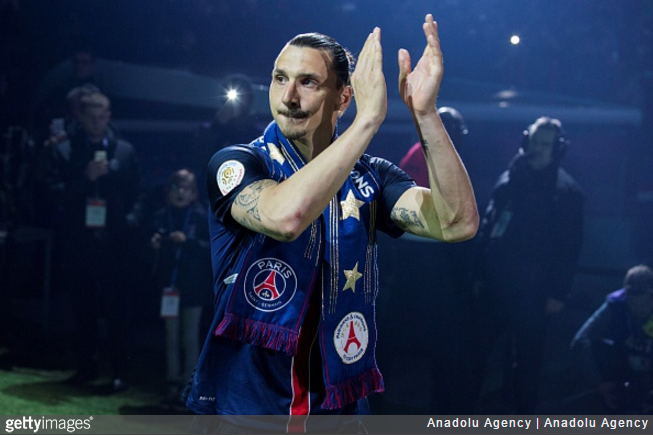 Having scored twice in his final game against Nantes to bow out as both PSG’s record all-time and single-season goalscorer, it would appear that the club’s owners are set to bestow Zlatan Ibrahimovic with one of the highest honours the football world has to give.

The 34-year-old Swede is due to leave Paris when his contract expires at the end of June, though not before he gets a stand renamed after him at the Parc des Princes.

I couldn’t say it before, but I can say it to you know. We will name a grandstand here at Le Parc des Princes after Zlatan Ibrahimovic.

Not bad for a player who’s only been there four years. Zlatan has won four league titles in that time, but still…

In fairness, the home VCR has existed longer than PSG have, so they have to take all the ‘history’ they can.