Brought to you in no particular order, 20(ish) beautiful vintage photos of goalkeepers captured elegantly in mid-flight, plucked straight from Pies’ archives… 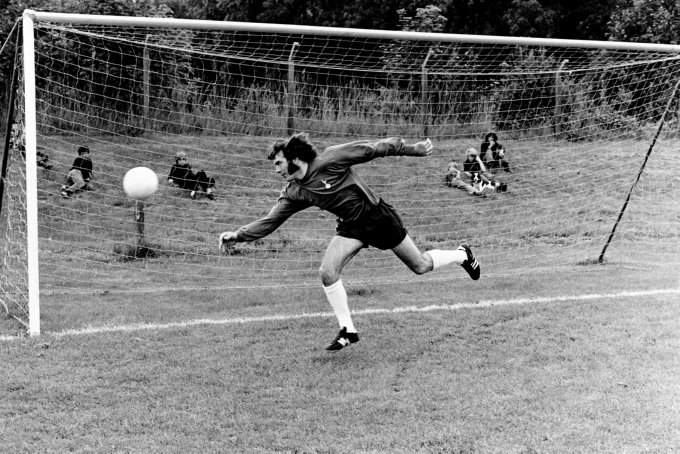 Pat Jennings and his handsome sideburns in action during a Tottenham training session, 1973 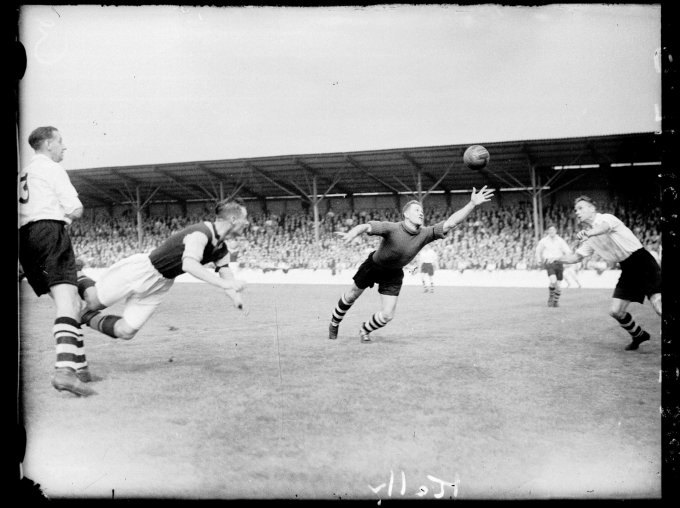 Barnsley goalkeeper Pat Kelly dives to claim the ball as it’s played across his penalty area during a Division Two match against West Ham, 1949 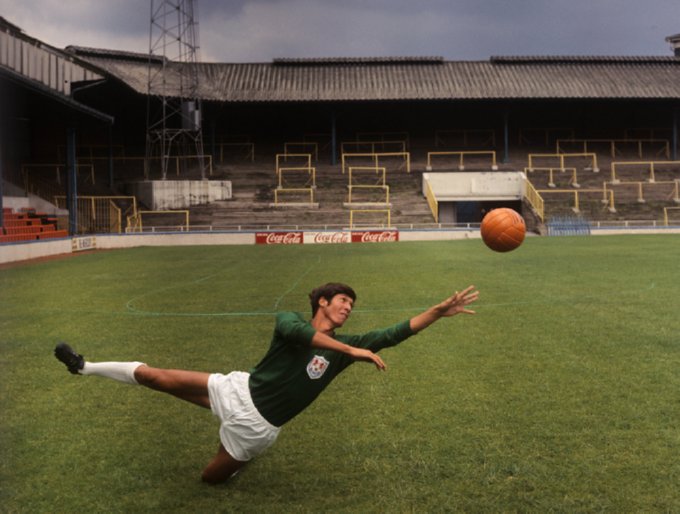 Millwall goalkeeper Brian King reaches for a ball thrown by the cameraman’s assistant during a pre-season photocall, 1969 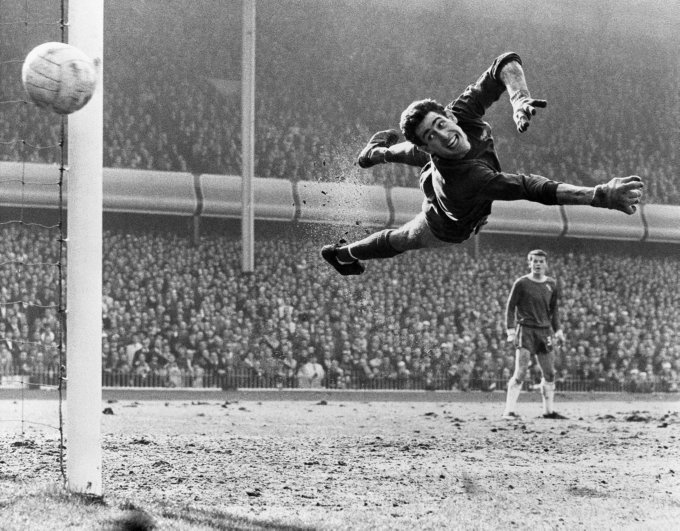 Chelsea goalkeeper Peter ‘The Cat’ Bonetti makes a flying save as teammate Eddie McCreadie watches on during the FA Cup semi-final against Liverpool, 1965 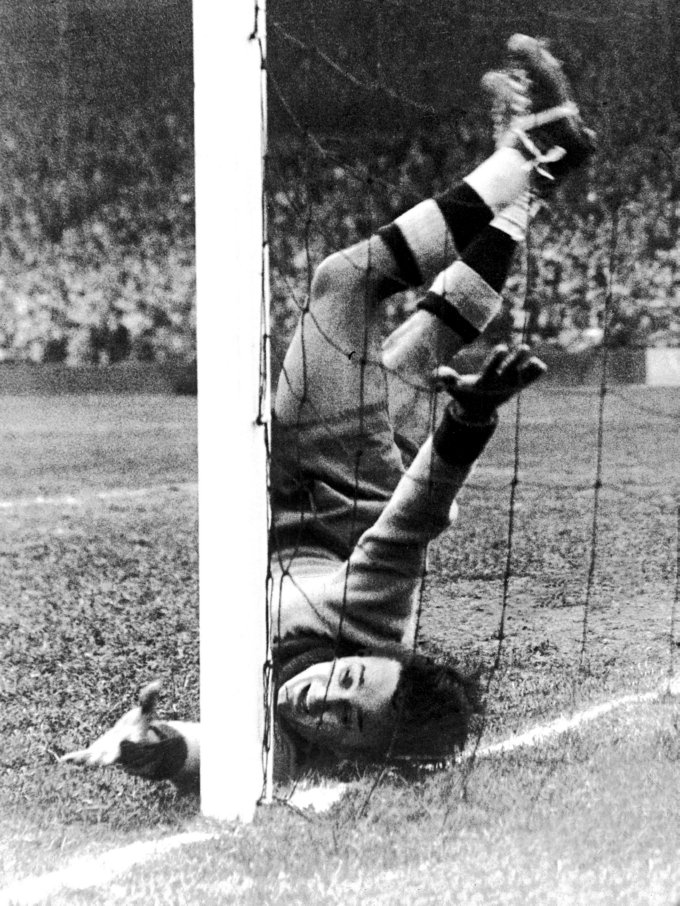 Racing Club goalkeeper Landi almost poleaxes himself while making a save against Arsenal in a pre-season friendly, 1948 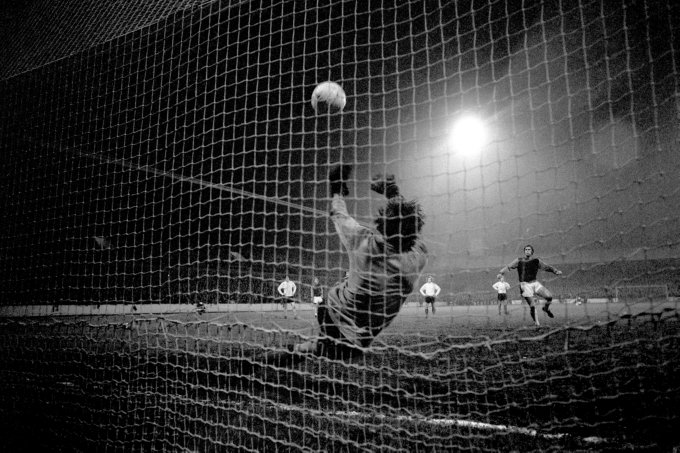 Stoke goalkeeper Gordon Banks saves a penalty from West Ham’s Geoff Hurst in the last minute of extra time to earn his team a replay in the semi-final of the League Cup, 1971 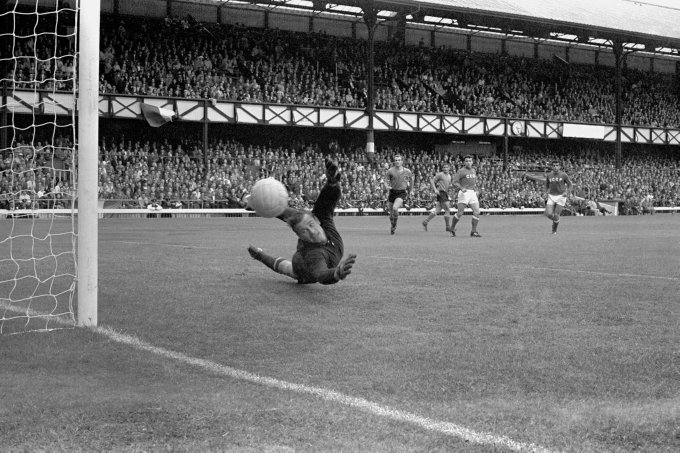 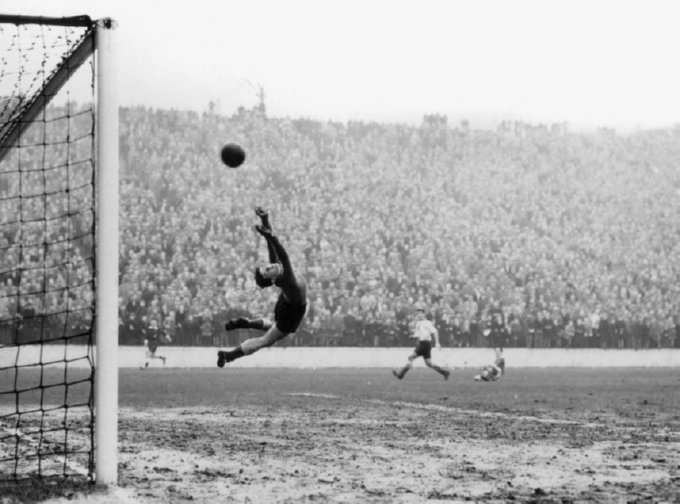 Sunderland goalkeeper Willie Fraser springs full-length in vain as Charlton score on a barren pitch at The Valley, 1956 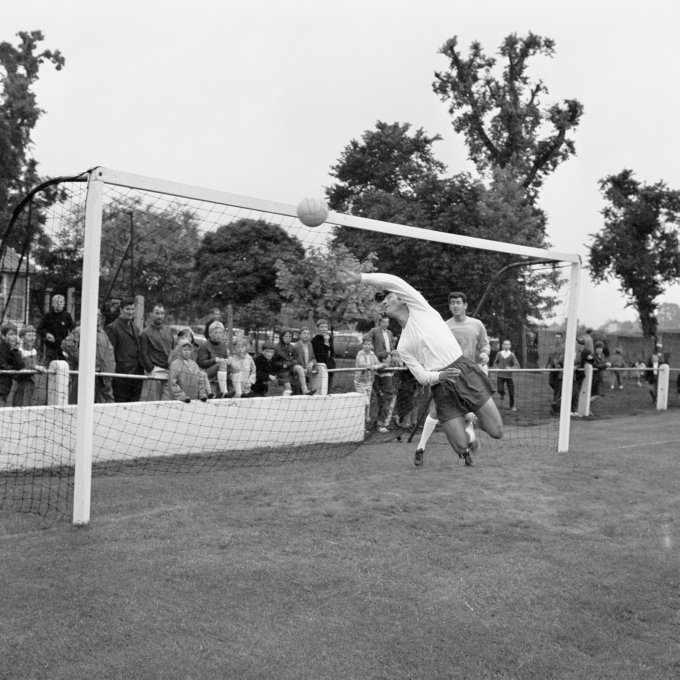 England centre-forward Jimmy Greaves makes a leaping save as he fools around in goal, watched by a small group of fans and goalkeeper Peter Bonetti, 1966 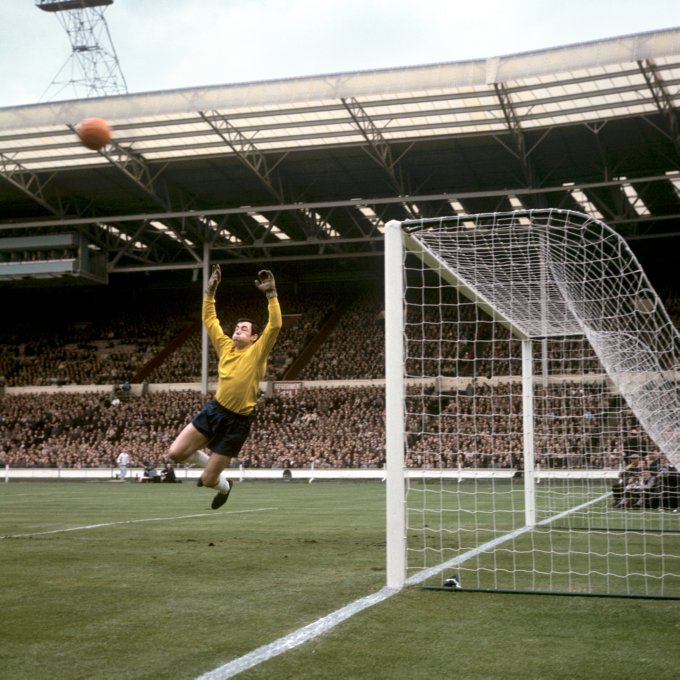 Gordon Banks puffs out his cheeks and leaps to make a save during England’s 1-0 win over Hungary at Wembley, 1965 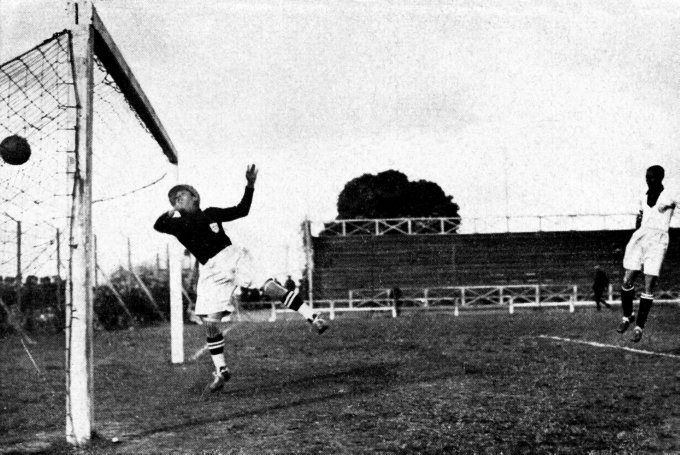 Despite his dapper cap, Peru goalkeeper Juan Valdivieso is beaten by one of Romania’s three goals in a World Cup group game in Uruguay, 1930 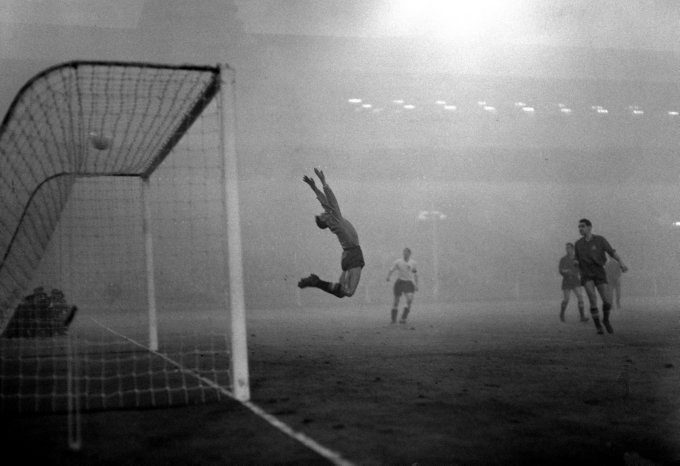 Spanish goalkeeper Carmelo Cedrun arches his back to save a high shot in the closing minutes of a game against England at Wembley, 1955 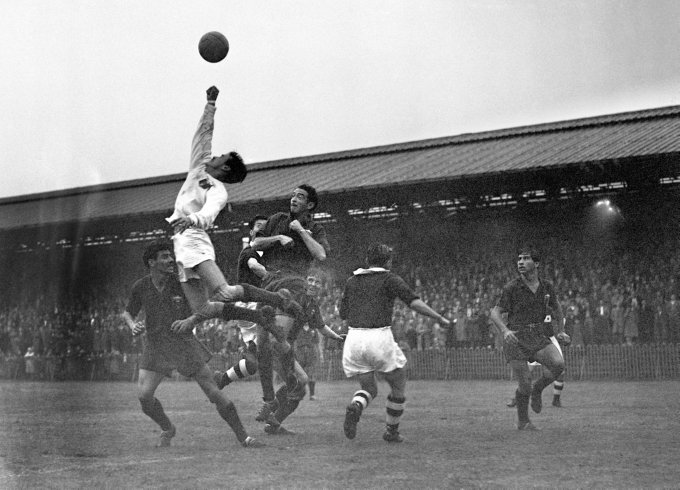 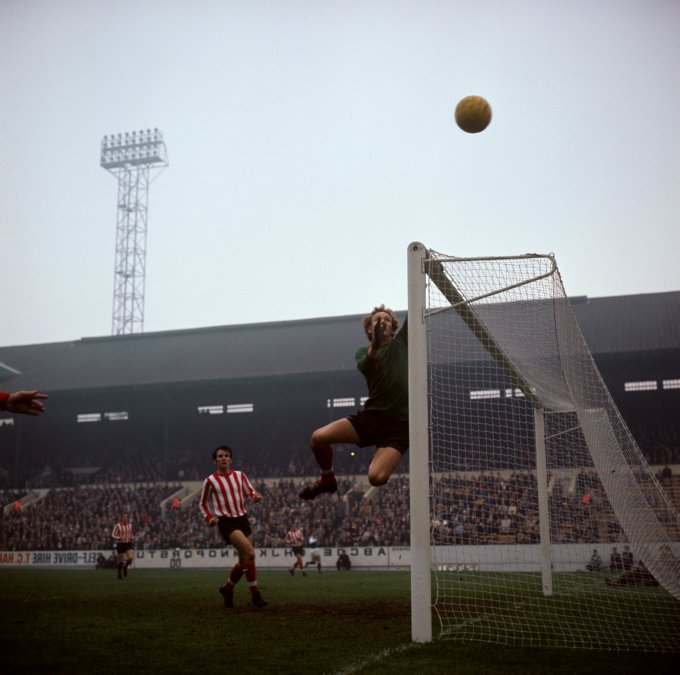 Southampton goalkeeper Eric Martin swings on the crossbar as the ball flies over the bar during a game against Sheffield Wednesday at Hillsbrough, 1969 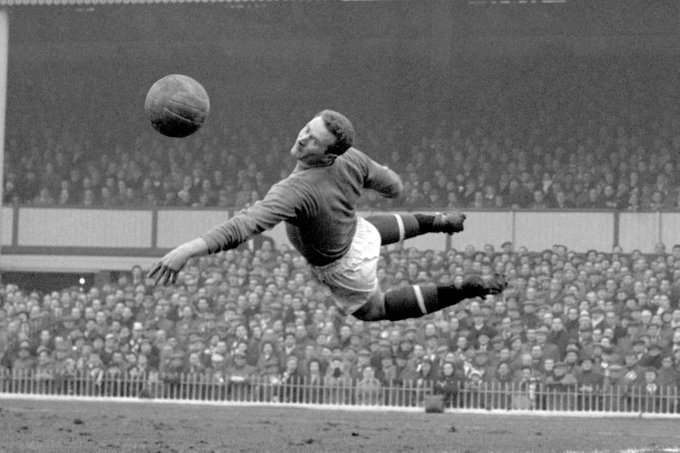 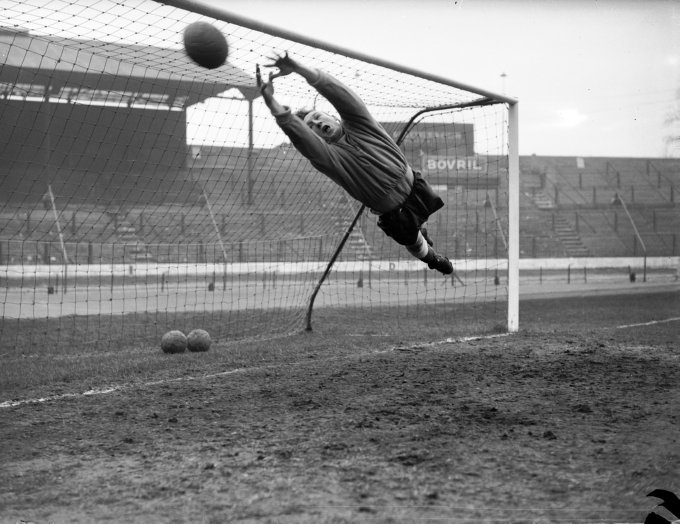 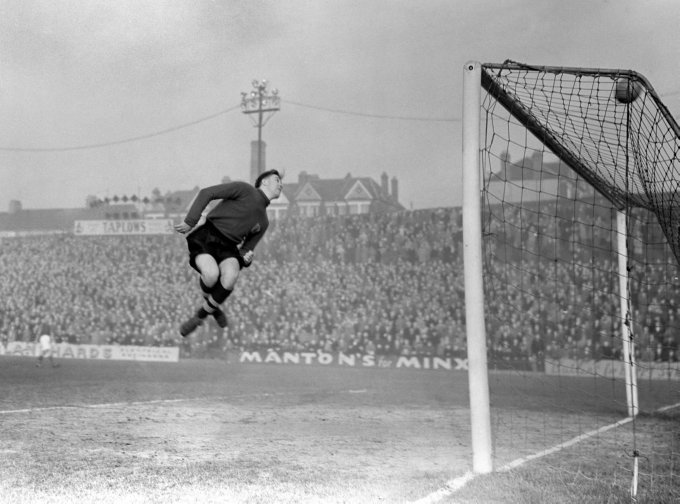 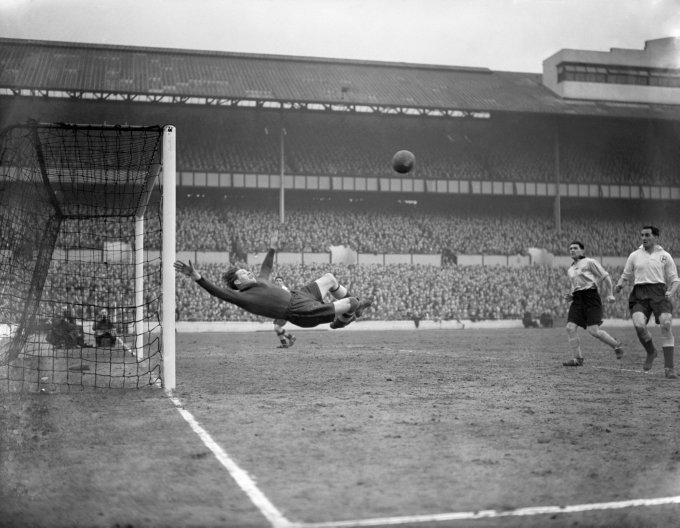 Tottenham goalkeeper Ted Ditchburn takes to the air to make a brilliant clearance against Hull City in the fifth round of the FA Cup, 1954 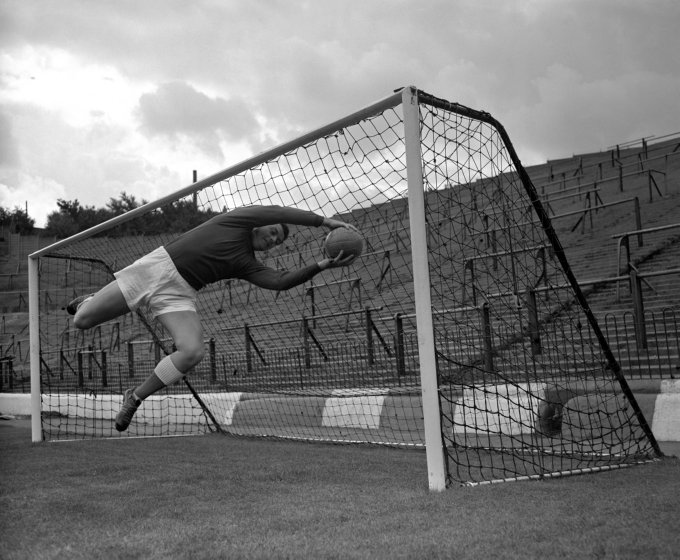 Charlton goalkeeper Willie Duff makes an acrobatic save during a training session at The Valley, 1961 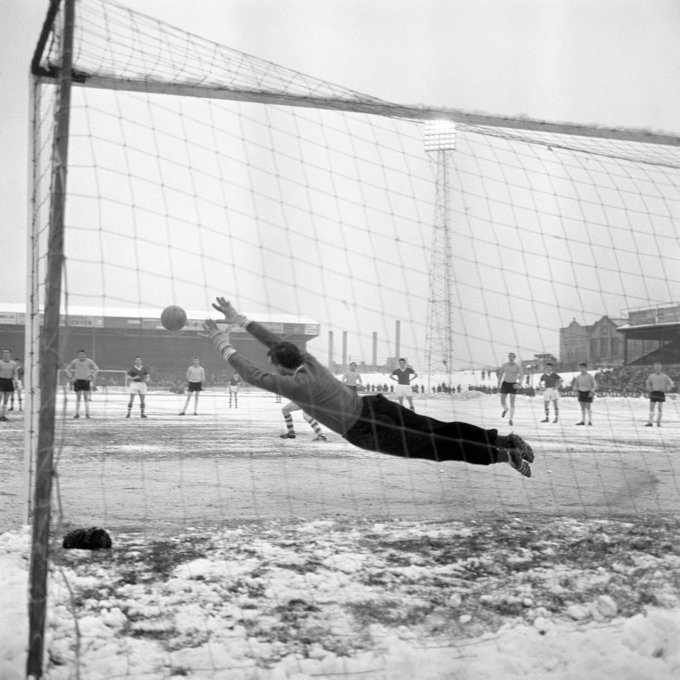 A graceful dive by Watford goalkeeper Dave Underwood fails to stop a penalty taken by Carlisle left half Peter McConnell during a snow-bound Division Three game at Vicarage Road, 1962 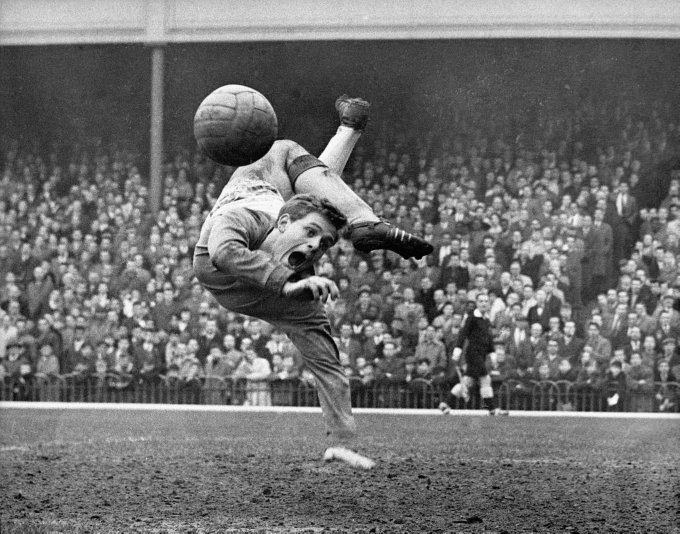 Blackpool goalkeeper Gordon West is rendered agog by his own miraculous save during a match against Arsenal at Highbury, 1961. This photo (taken by Ron Bell) won first prize in the ‘Sports Pictures in the British Press, Pictures of the Year Competition’ in the same year.