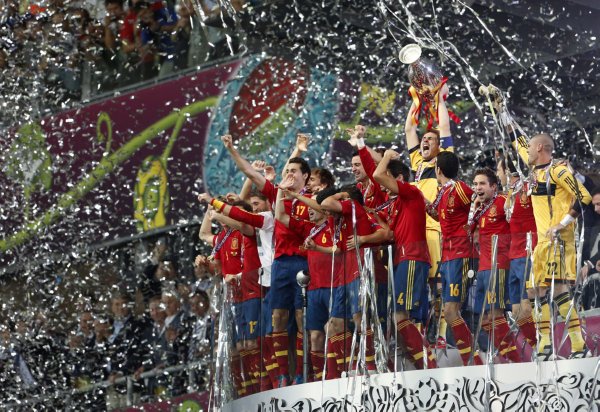 And with the expulsion of several hundred kilos of confetti (UEFA bought a job-lot of silver tokens off Richard O’Brien when the Crystal Maze folded) into the night sky in Kiev – after 25 days, 31 games and 76 goals, the carnival is over. Here’s a tensome of the things we’ve enjoyed the most about this summer’s Euro shindig…

1. The refereeing: Especially during the group stages. As close to ‘no nonsense’ as it’s been in years on the international stage.

2. The general standard: With a healthy average of 2.45 goals a game, the Euros have proved, once again, to be the antithesis to the prolonged drudgery of the World Cup. Too many sub-standard sides clogging up the system while trying desperately not to lose against everyone does not a good spectacle make.

The Euros’ short, sharp format resulted in an altogether better quality of game, though UEFA have put paid to that quicksmart by upping the number of teams from 16 to an awkward 24 for 2016. It’s obviously to *make more money* open up the tournament and *make more money* give more countries a chance to compete, but isn’t that what the two preceding years of qualification is for anyway? Ah well, if there’s money to be made…

3. The many, many faces of Greece coach Fernando Santos… 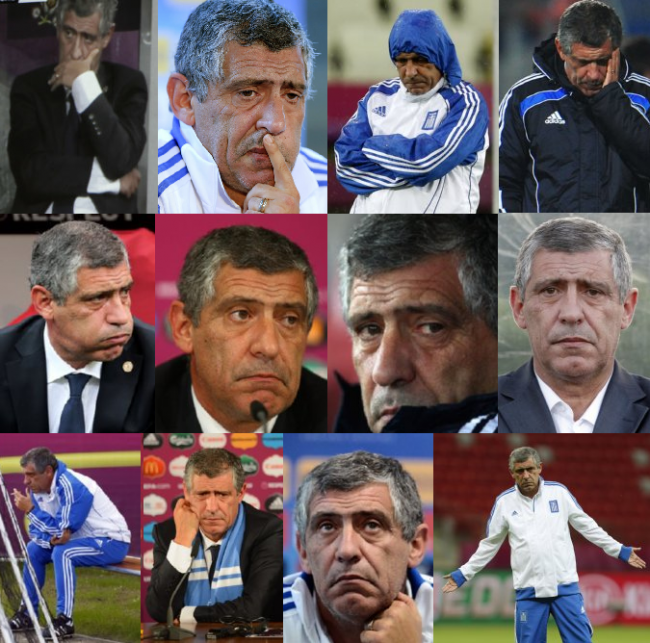 That’s what two years of having to call up Georgios Samaras will do to a man.

4. Gianluca Vialli on the BBC: “Cool as a cue-cam-bah.” Listening to Luca purr is like drifting off to sleep in a big velvet hammock.

5. Andy Carroll’s header against Sweden: Proving once again that he’s a header-er not a footer-er, Carroll’s monolothic effort against Sverige was just about as good as headed goals get… 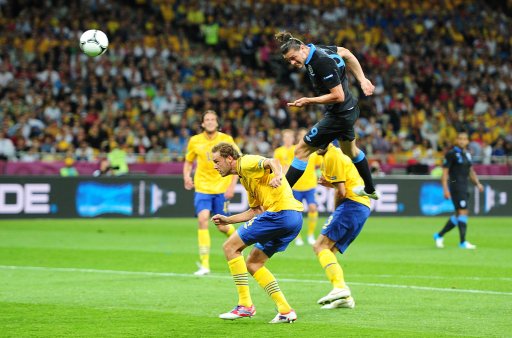 As we’ve said before, it is Pies’ opinion that no other player in any squad at Euro 2012 could have scored that goal. That’s right, no-one. Would you just look at that leap? Like some kind of unholy gazelle/pony/salmon cross-breed.

6. Zlatan Ibrahimovic’s departure: We were rather impressed by Ibra’s brief showing at Euro 2012, not least for that scissor goal against France and because he appears to have forged his own gravitational field – pulling balls out of the ether and heartily smiting any defender who had the temerity to try and take them off him. However, his performances were nothing compared to his sign-off line.

With Sweden going out in the group stages, a plucky journalist summoned up the courage to ask Zlatan who he thought would go on to win Euro 2012, to which the Swedish Samurai replied: “I couldn’t give a shit who wins it, I’m going on holiday.” Frankly, we’d expect nothing less.

7. The goals: Easy on the eye, every last one of them…

8. The obligatory Dutch implosion: It’s some feat in a tournament with a French contingent, but it was the Dutch that stole the show in the ‘utter lack of espirit de corps’ stakes. Wasn’t it amusing to watch a contubernium of prissy, self-entitled madams throw wobblies all game, hug jubilantly after goals, then revert to throwing bitchy side-eyes at one another immediately afterwards? No wonder Bert van Marwijk got the hell out of dodge. 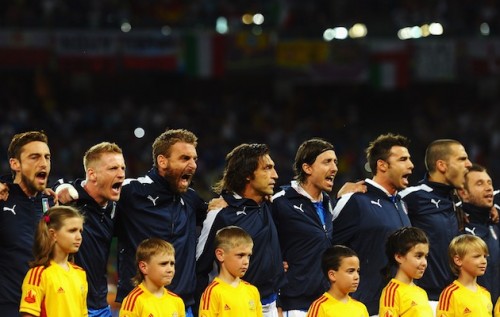 9. The pre-Final Italian national anthem: We believe the word is ‘gusto’.

10. Spain: Granted, the sparkle of yesteryear wasn’t quite there and Del Bosque’s all-conquering minions were incredibly tiresome at times, contented to whittle away minute after minute treading water – but the salient point to keep in mind is that they’re not actually out there playing for our benefit, hence the three consecutive silver trinkets now adorning their collective sideboard.

It’s easy to be a bit spoiled when it comes to football in the modern age such is the current saturation level, but we’d urge you to think about the incredible magnitude of what this Spain side have just accomplished. Astonishing.

Any more for any more Pies’ fans? What has buttered your parsnips this tournament?