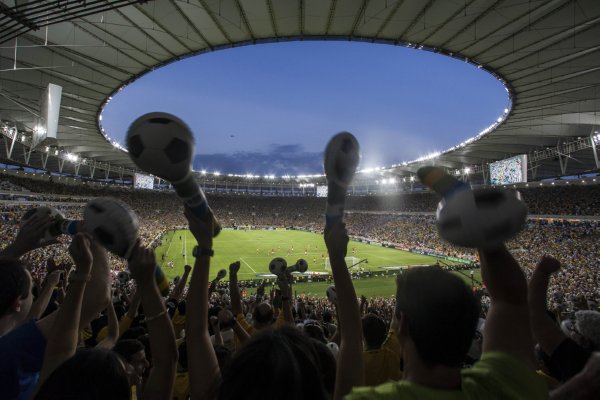 The Confederations Cup is a strange little tournament. Comprising the winners of the six major FIFA tournaments (UEFA, CONMEBOL, CONCACFA, CAF, AFC, OFC) the World Cup winners and even the UEFA runners up, its essentially the Cup Winners Cup for International teams – a “miniature World Cup” if you will.

Although it doesn’t quite match up to other major tournaments in terms of lustre, it’s still a worth while competition that gives us a more-than-decent insight into what next years World Cup may be like. More importantly it gives World Cup host nation Brazil a chance to test out their new stadiums and generally see if they are ready to have the world descend upon their doorstep.

There are some pretty big names at this tournament, which starts this weekend. Brazil, Spain, Italy, Uruguay are some of the heavyweights that will lock horns with respectable footballing nations like Japan, Mexico and Nigeria. Like any good international tournament, you also have the token minnows – with this year’s goal difference-donors likely to be little Tahiti – currently 138th in the FIFA world rankings, sandwiched between Syria and Afghanistan.

With a World Cup on the horizon and squad rotation almost guaranteed, the Confederations Cup is tailor made for the younger, less established players in each squad to come in and play themselves into contention for a more regular place in their national side proper.

So, without further ado here are the ten young(ish)lings worth keeping an eye on at this year’s tournament… 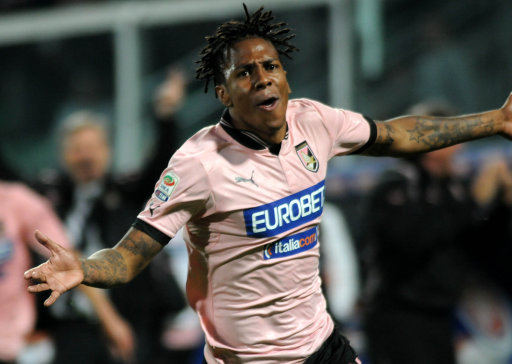 10. Abel Hernandez, Uruguay: With the likes of Luis Suarez, Edinson Cavani and good old Diego Forlan ahead of him, Hernandez is unlikely to get a start on the Uruguayan front line. However, a year or so ago the 22-year-old striker was being linked with the likes Arsenal, Liverpool, PSG and Inter so there must be something of interest in there somewhere.

Although he hasn’t had the best of seasons at his current side Palermo, this skillful, pacy and unorthodox player will surely be looking to capitalise on any chance that may fall his way. 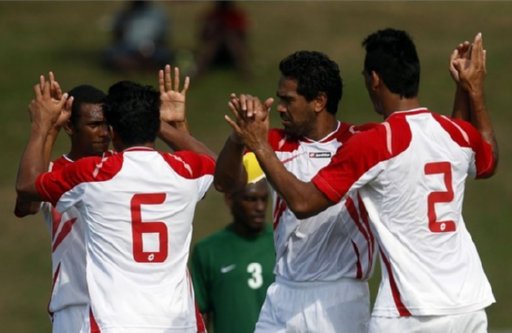 9. The Tehau Family, Tahiti:  Here is a bit of rarity: four members of the same family all playing for the same team. Alvin (24), Lorenzo (24) and Jonathan (25) are all brothers with the final member of the quartet is their younger cousin, Teaonui (20).

Although they all play for different clubs in the Tahiti domestic league they describe themselves as being very committed to the national team. Strong, tall and quick, the Tehau’s may help prevent Tahiti from being the complete whipping boys that we all fear they may turn out to be. 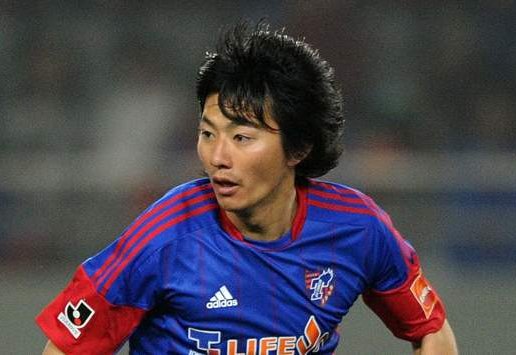 8. Hideto Takahashi, Japan: Whenever Japan make it to an international tournament there is always one little gem of a player you should look out for. Joining the likes of forerunners Hidetoshi Nakata, Junichi Inamoto and Keisuke Honda is Hideto Takahashi, who is already being touted globally as the next big Japanese breakout star.

As a defensive midfielder, 25-year-old Takahashi chips in with the odd goal and assist and had a throughly decent season at FC Tokyo. If Japan are to progress in this tournament he may turn out to be a key player, shoring up the shop in the middle of the park. 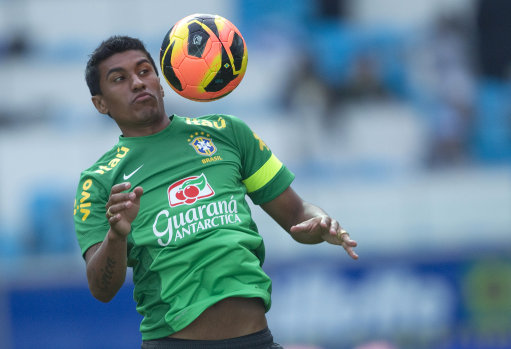 7. Paulinho, Brazil: Anybody who watched the England-Brazil friendly will immediately recognise this chap’s name, as it was Paulinho who scored the scorching volley that settled the game at 2-2. At just 24 years of age he is already beloved by the fans of Corinthians, pledging to stay there despite the likes of Chelsea, Man City and Inter all said to be sniffing around. This combative, box-to-box midfielder has already become a favourite of Big Phil Scolari, so he’s sure to make an impact. 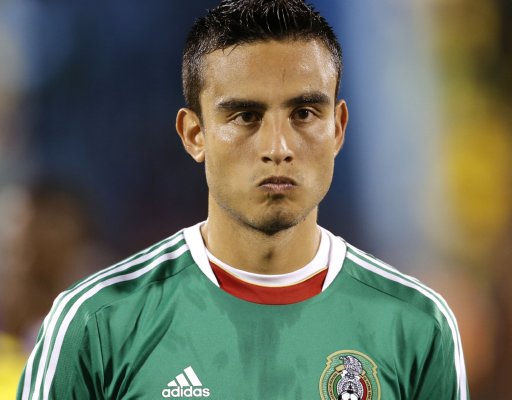 6. Jesus Zavala, Mexico: Having won the CONCACFA Champions League three years in a row, Jesus Zavala is a vital part of the successful current Monterrey team. A dynamic midfielder who is more than capable in defence, Zavala will be the man looking to thread the balls through to the likes of Javier Hernandez and Gio Dos Santos in the Mexican attack. Europe awaits – if not this summer, then surely next. 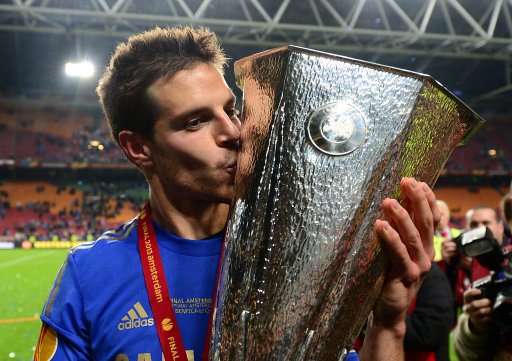 5. Cesar Azpilicueta, Spain: Looking through the Spain squad, it’s hard to find a player who isn’t already a household name. In fact, all of their players are perfectly established members of their respective clubs.

Given their wealth of talent, breaking through from the fringe and into the first team can be a difficult proposition – just ask the likes of Juan Mata, Javi Martinez, Santi Cazorla and Raul Albiol how hard it is to getting a starting position – though Chelsea’s Azpilicueta may just fancy his chances at cementing the first choice right-back spot as his own.

After having a pretty impressive debut season in the Premier League, “Dave” surely deserves a chance ahead of the past-his-best Arbeloa. Only having the two caps to his name may sway Vincente Del Bosque’s decision but after his fine domestic season, 23-year-old Azpilicueta has more than earned his opportunity. 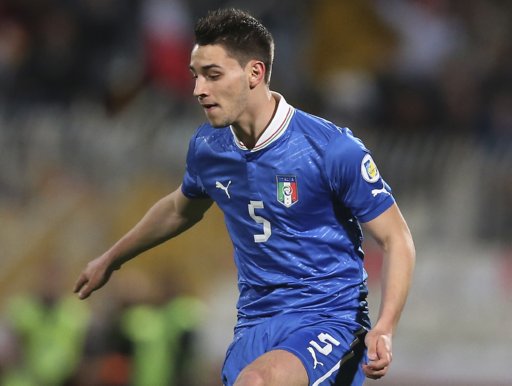 4. Mattia De Sciglio, Italy: Although most eyes will be on the twin fins of Messrs Balotelli and El Shaarawy during Italy’s games, you may want to cast your eyes towards their defence. Mattia De Sciglio has just come of the back of a great season at AC Milan, where he is now a first choice player.

At just 20, he already shows maturity way beyond his years. Usually deployed as a full back, Mattia is more than comfortable in any position along the back. Comparisons to Maldini have already been made so let’s hope we get to catch a glimpse of him in action in the next few weeks. 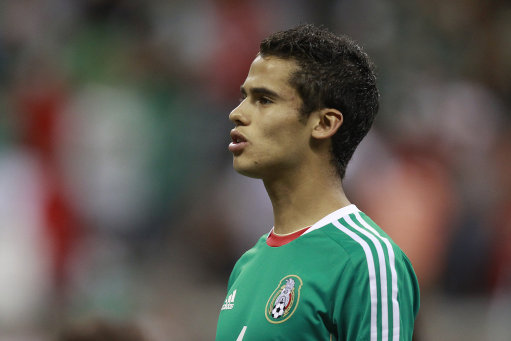 3. Diego Reyes, Mexico: For many Diego Reyes, is the player to watch at this year’s tournament. Standing at 6’4″, Reyes is an agile and fearless centre-half. Not scared to block a shot or go in for a tackle, young Reyes is fast becoming one of the most well regarded defenders in world football.

He’s perfectly capable on the ball too, gliding past opposition players with the best of them. With a plethora of titles to his name already, including an Olympic gold medal, Reyes is going places fast. In December he signed a preliminary contract with Porto and at just 20 years old, the Portuguese club may have snapped up another Latin American bargain. 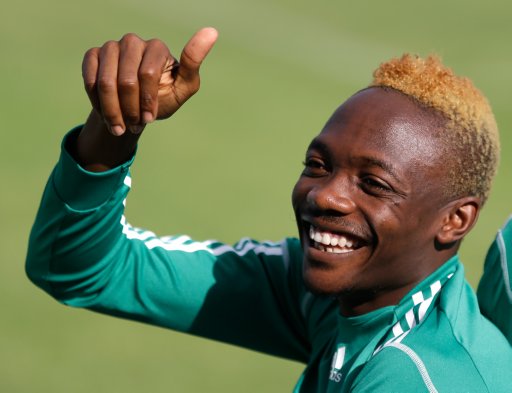 2. Ahmed Musa, Nigeria: Nigeria’s lead up to this tournament has been disastrous. Key players such as Victor Moses, Emmanuel Emenike and Kalu Uche have all been ruled out through injury. Ongoing disputes with their own federation have also made preparation slightly embarrassing for the Super Eagles. However they do have one shining light left, in the shape of Ahmed Musa.

Although he didn’t get much of a look in the last African Cup of Nations, his league form for CSKA Moscow has been scintillating. His 11 goals (more than Eto’o, Kuranyi, Kerzakov and Hulk I might add) and 4 assists helped CSKA win their first title in seven years. Such was his impact that many considered him to be the best player in the Russian league last year.

As a winger or supporting striker, Musa will look to put the fear of God into defenders with his mazy runs. With vital players missing for Nigeria, the 20-year-old forward must play up to his potential. 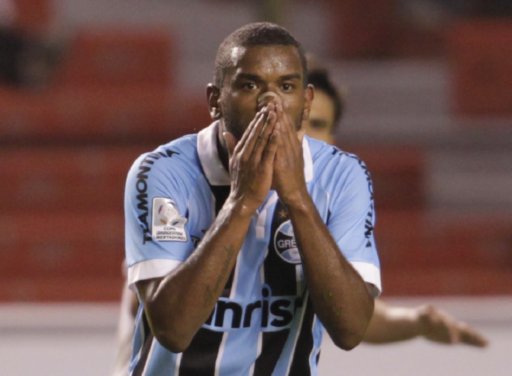 1. Fernando, Brazil: If you haven’t heard the name Fernando yet, where the hell have you been? Considered to be one of hottest properties coming out of Brazil at the moment, Fernando is quickly making a name for himself as an ultra-reliable holding midfielder. Having made a bloody good start to his career at Gremio, Fernando has started to slowly creep his way into Scolari’s Selecao.

Unlike many Brazilians, Fernando isn’t likely to go gallivanting off down the pitch in search of a wonder goal. He is sensible enough to sit back a do the boring jobs, providing ample cover for his team mates. He is also clever enough to fill in a right-back when Dani Alves starts motoring.

At just 21, he may struggle to get in ahead of Hernanes, Jean, Gustavo and Paulinho but he has received enough recent praise to deserve a starting position. Even Neymar has been raving about him on Twitter. With a rumoured transfer to Shakhtar Donetsk on the horizon, this young Brazilian has a lot to offer.

Follow Greg on Twitter (@gregzeene) and, if movies are your thing, take a look at his stuff for Film Juice and Greg Evans Says Things.