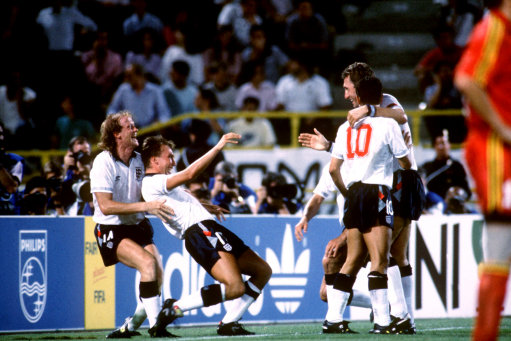 After squeaked through the group stages at Italia ’90, England came up against Belgium in the round of 16, with Enzo Scifo hitting the woodwork twice and John Barnes having a goal chalked off (wrongly, as it happens) before the game crept over into extra-time.

Having come on as a 71st-minute substitute for the knackered Steve McMahon, David Platt repaid Bobby Robson’s faith when, in the 119th minute of the game, the Aston Villa midfielder scored his very first international goal to send England through to the quarter-finals against Cameroon – swivelling to connect sweetly with a Paul Gascoigne free-kick and sending an absolutely beautiful blind, hooked volley back across Michel Preud’homme (there’s that name again) and inside the far post…

Sadly, Platt wasn’t really allowed to enjoy his magnificent game-winner, finding himself hauled off for a random drug test immediately after the final whistle – taking nearly an hour to produce a sample due to his dehydrated state as he sat in silence alongside two completely dejected Belgian players.

“By the time I came out the other players all had their suits on and the euphoria had passed,” a deflated Platt recalled after the game.

Speaking of euphoria, just have a gander at Gary Lineker’s face during the celebrations… 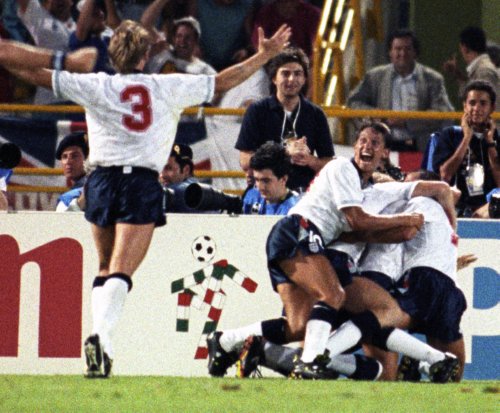