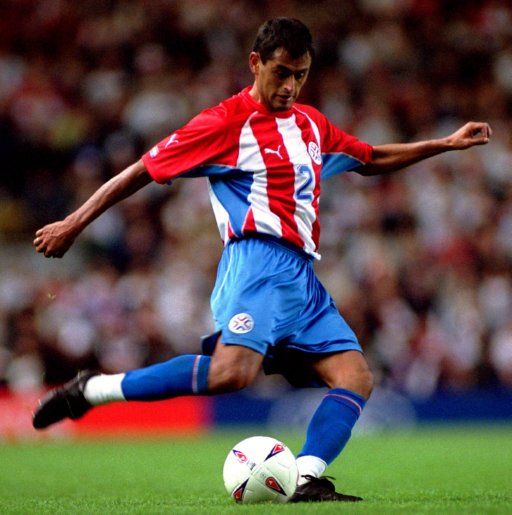 One of the great unsung dead-ball specialists of the relatively recent past, two set-pieces from Francisco “Chiqui” Arce saw Paraguay go 2-0 up over South Africa in the opening Group B fixture at the 2002 World Cup: the first being a pinpoint far-post cross for Roque Santa Cruz to head over the line and the second being this wonderful direct free-kick which crashed in off the bar from an improbable angle…

Here it is again, this time in slightly higher definition GIF form…

Lovely strike. The angle of the run-up just makes it.