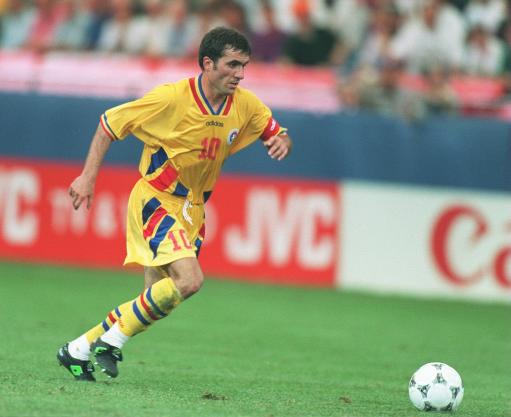 The summer of 1994 was a good one for Gheorghe Hagi, with the Romanian talisman performing in a starring role at USA ’94, playing his way into the Team of the Tournament and then securing a big move to Barcelona shortly thereafter.

Hagi scored three goals on Romania’s run to the quarter-finals, with his fantastic, opportunistic long-range lob over Colombia goalkeeper Oscar Cordoba in front of nearly 92,000 fans at the Rose Bowl in Pasadena being the pick of the bunch…