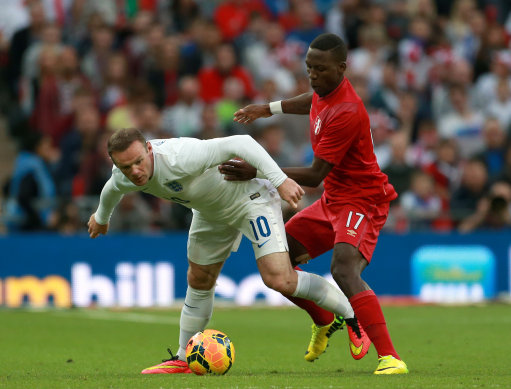 England Englanded their way to a perfunctory 3-0 victory over a fairly bobbins Peru outfit at Wembley last night in their final fixture on home soil before the World Cup.

We’ll have photos ans such up in good time, but in the meanwhile here be the XI concise and insightful conclusions we drew from the aforementioned one-paced, stagnant, penetration-less dirgefest…

1. Not that it’ll happen in a month of Sundays, but it’s about time England dropped Wayne Rooney. He’s not unfit, he’s simply a waste of space in an England shirt

2. Jordan Henderson runs like he’s got a lead pelvis.

3. Whereas the innocuous passing triangles are perhaps getting a little neater, nothing really changes re: England. It’s always the standard of opposition which determines the final scoreline.

4. If we had to sum up the England national team in three words, they’d probably be “glacier, of, manure”.

5. Gary Cahill is the only player England have who is even close to being world class. Superb centre-half. 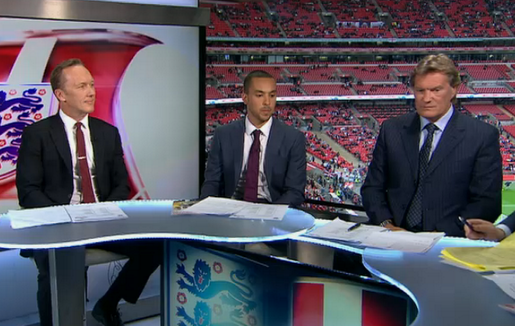 7. Daniel Sturridge’s use of the classic pinball “multiball” tactic to knock one past the bamboozled Peru ‘keeper was a wonderfully kitsch touch.

8. If England have any designs on making it to the knock-out stages in Brazil they must simply PLAY. FOR. CORNERS.

9. Don’t care if we’re repeating ourselves. This is, without doubt, the greatest display of finesse we’ve ever seen at a football match…

10. To be honest, we’re out of conclusions. Nine wasn’t a bad effort though.