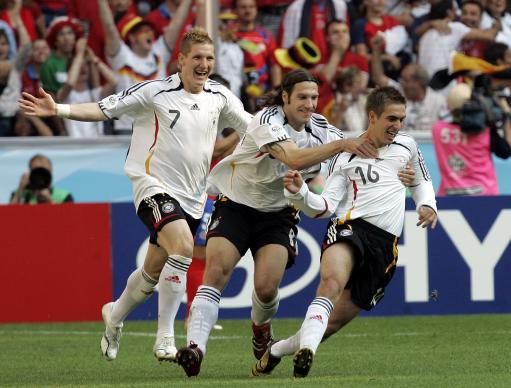 We really couldn’t pick between these two traumtors and, seeing as though they happened in the same match and all, we decided to go with the “double bubble” option.

The game in question was the opening game of the 2006 World Cup, with hosts Germany beating Costa Rica by four goals to two – the highest scoring opening game in World Cup history.

Philipp Lahm got the ball rolling after just six minutes with a perfectly-executed angled strike, with Torsten Frings closing proceedings in similar fashion in the 87th minute with a first-time thunderhumper from 30+ yards to follow a brace from Miroslav Klose in betwixt.