When it comes to managers, Crystal Palace certainly keep them coming back for more… 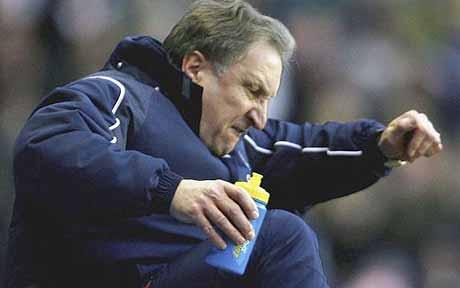 “Just when I thought I was out… they pull me back in.”

Al Pacino’s words come to mind when considering the appointment of Neil Warnock as the latest manager of Crystal Palace (the ever loveable Neil is seen above berating a disallowed Palace goal that hit the net and bounced back out).

It should come as no surprise to interested observers to learn than the veteran gaffer is to return to Selhurst Park for a second bash at the impossible job – the fact is that most ex-Palace bosses do the same.

Indeed, such is the club’s history of reappointing former guvnors, that Tony Pulis was actually third-favourite to replace himself earlier this week.

Were Pulis to have actually landed the Palace gig, he would’ve become the ninth manager to “do the double” in terms of stints in the Eagles job.

Experience shows that history tends to repeat itself as tragedy or farce, and sometimes both… 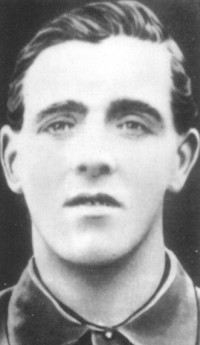 The former England international took the helm for the second time in the late 1930s, and it ended disastrously with the outbreak of the Second World War – although it would be harsh to put all the blame on his shoulders.

Bromilow finished at Palace with a combined win average of fractionally under 44% across both of his two periods of tenure. 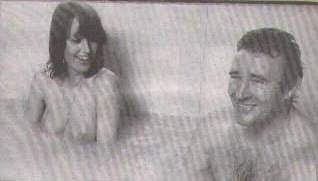 The club were slumming down in the third division at the time of their ’76 cup run, following Mal’s decidedly less-fantastic achievement: back-to-back relegations. 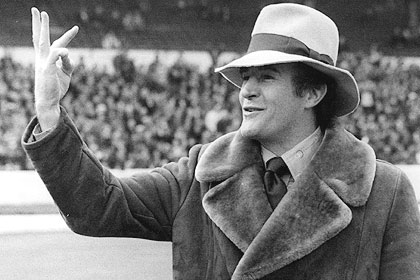 On the positive side, he persuaded Terry Venables to retire as a player and join him on the coaching staff, which would have long-term consequences.

He also cultivated a successful youth team that would produce the nucleus of his successor’s so-called “Team of the Eighties” – Kenny Sansom, Vince Hilaire, Dave Swindlehurst et al.

The less said about Big Mal’s second stint at Palace, the better. Allison’s return in December 1980 lasted less than two months and was an unmitigated disaster. 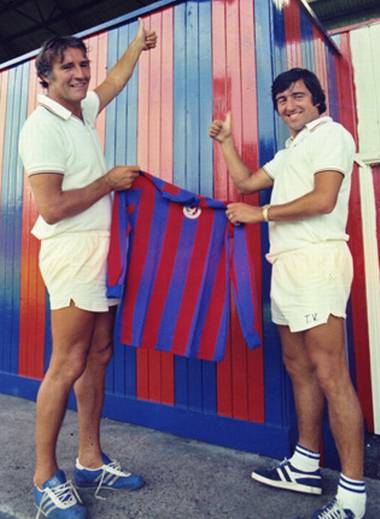 Tel (not yet “El Tel”) proved to be an excellent coach, and led the team to promotion from the third division in a scenario so dramatic that it defied belief.

The following season he was off to QPR in controversial circumstances, taking several players with him, and Palace were relegated and broke.

Venables’ second term ended with the club once again in financial crisis, only this time it was preceded by a distinct lack of success. 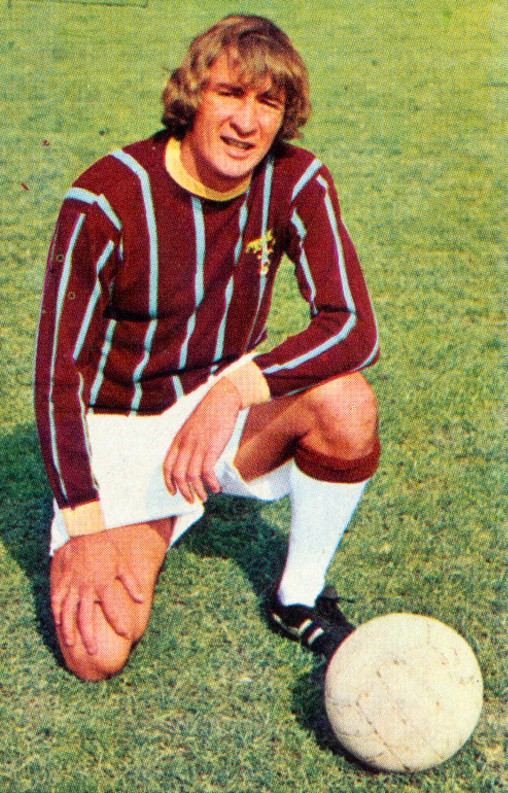 Kember was a boyhood fan of the club who became a local hero during his two spells as a player. His first stint as manager was during a low ebb, and did a good job in the circumstances.

His reward was to be sacked while on holiday without being notified, and replaced by – of all people – Alan Mullery, the antagonistic former boss of Palace’s despised rivals Brighton & Hove Albion.

In April 2001, with the team seemingly certain to be relegated, he took charge for the final two games of the season and won both, keeping the club up and guaranteeing his place in club folklore.

His final spell ended sadly after a 0-5 defeat to Wigan and with the team in relegation trouble once again.

In between his managerial adventures he spent many years on the coaching staff, and enjoys full “ledge” status at Selhurst.

What’s more, Steve Coppell described him as “a great human being”. 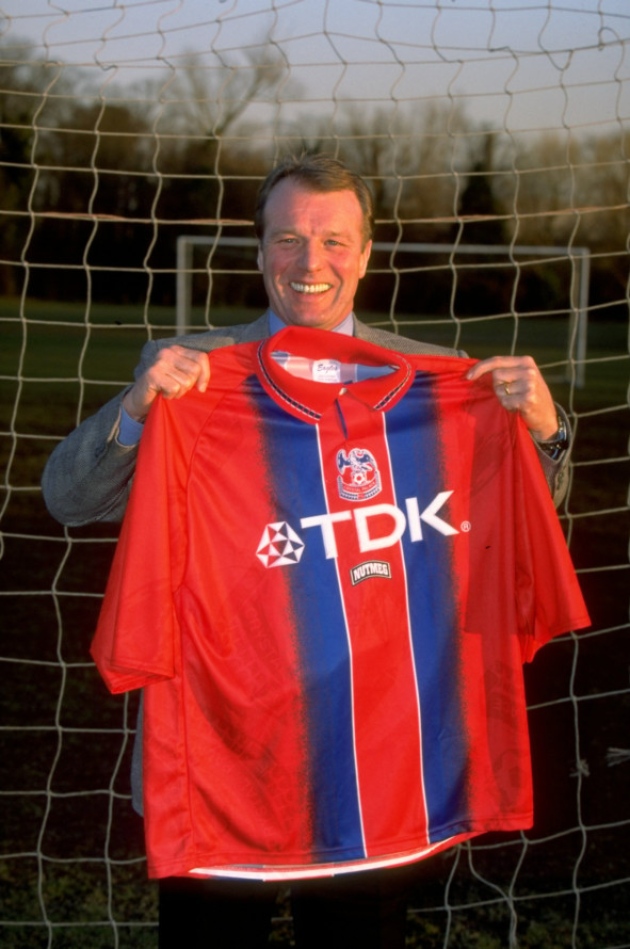 The man they rather confusingly call “Harry” Bassett agreed to take the vacant role in June 1984 and promptly left Wimbledon, where he was manager, to do so. Three days later he quit Palace and returned to the Dons, saying he had “unfinished business”.

His second crack at the Palace job was longer, and he took the club to the 1996 Division One play-off final, which they lost to a fluky shanked goal from Leicester City’s Steve Claridge in the final minute of extra time.

When chairman Simon Jordan was looking for a manager in 2001 he ruled Harry out almost immediately, saying: “Dave Bassett has said he could not work with me and he is right. He is a dinosaur whose time has gone.”

So, of course, don’t go ruling out a return at some point in the future! 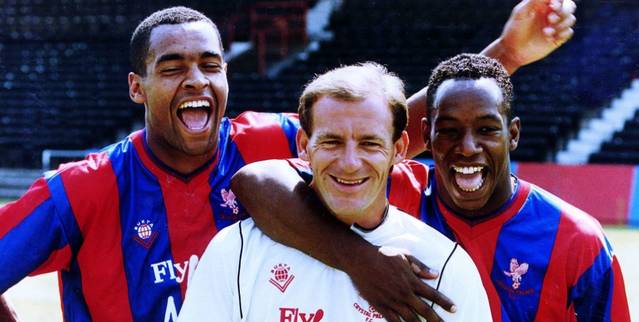 Sir Steve is a Palace institution, and at one point had a burger bar named after him in one of the stands (he now lends his name to the much nicer Steve Coppell Lounge).

His initial tenure saw him take the club from the depths of the second division to a cup final and then third place in the first division (qualification for European football denied by a combination of Liverpool and the FA).

His later spells were less spectacular, although he will always be respected for holding the club together on a shoestring and keeping the side up during the dark days of administration.

Typical quote: “I’m a man of few words, but most of the ones I said to the players began with “F”.” 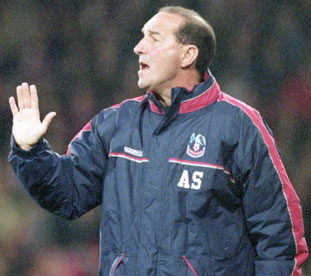 Won the Championship in his first season, then reached the semi-final of both cups and finished fourth from bottom in the Premier League.

Unfortunately four teams were relegated that season, and he was sacked.

When Simon Jordan took over he reappointed Smith, but sacked him with two games to go in a desperate attempt to avoid relegation. 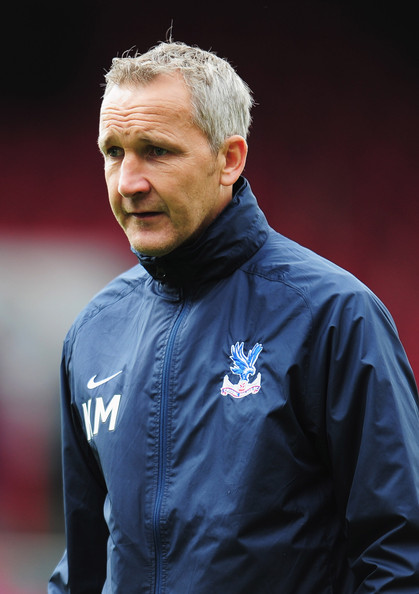 A local lad and former Palace youth player, Keith “Mullers” Millen has steadied the ship twice as caretaker manager following the departures of first Ian Holloway and then Tony Pulis.

A safe pair of hands, no doubt, but one hopes they won’t be required in a managerial capacity again.

One by one, however, they always seem to return – so it’s not really stretching credulity too far to suggest that we may live to see “Mullers III: The Sequel to the Sequel”.

Thus far, Alan Mullery has managed the Eagles just once, from 1982 to 1984 – and that was once too often for most Palace fans.

The fact that he was appointed at all was extraordinary enough, because he was without doubt the most hated figure in the club’s history, on account of being the manager of Brighton during the heyday of the bitter rivalry between the two cubs – an enmity he himself helped to create.

That is a tale for another day, but here is the man himself, giving a heartfelt salute to the Palace supporters… 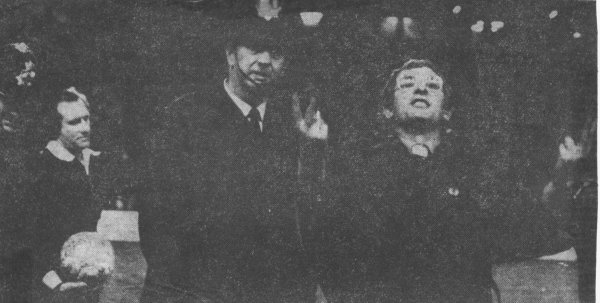 Will he be back?

When it comes to the madhouse that is Selhurst Park, never say never…