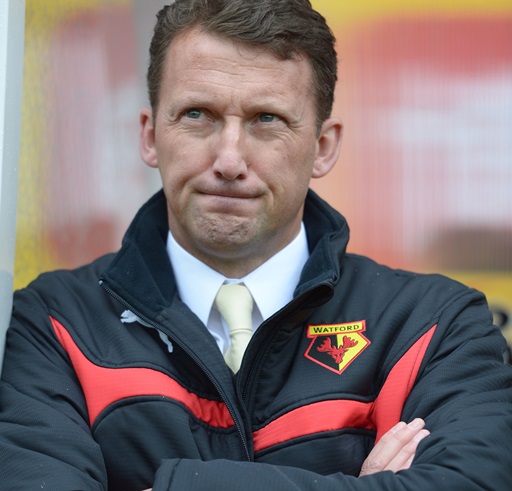 With the news today that Billy McKinley has been relieved of his duties at Watford after a massive 192 hours in charge at Vicarage Road, we thought we’d have a little look-see at some of world football’s other managerial “ships in the night” – so to speak.

Hardly an original concept, we know…but hey ho, away we go!

Les Reed, Charlton (41 days): Reed is doing a fine, fine job heading up Southampton’s prolific academy but his name will always be synonymous with managerial ineptitude thanks to his infamously woeful tenure at Charlton Athletic for the last two months of 2006.

After replacing Iain Dowie in mid-November, Reed muddled from disaster to disaster (a League Cup exit to League Two’s Wycombe Wanderers being a low point), looking increasingly miserable all the while before being sacked and kicked out into the cold, rather brutally, on Christmas Eve.

Luigi Del Neri, Porto (36 days): Appointed as Jose Mourinho’s successor at Porto, Del Neri was sacked by the Portuguese club’s president before a ball had even been kicked in anger after the Italian coach missed a pre-season training session.

In Del Neri’s defence, his inbound plane was delayed by three hours on the morning of the meeting – not that that stopped Porto giving him the elbow for “poor time-keeping”. 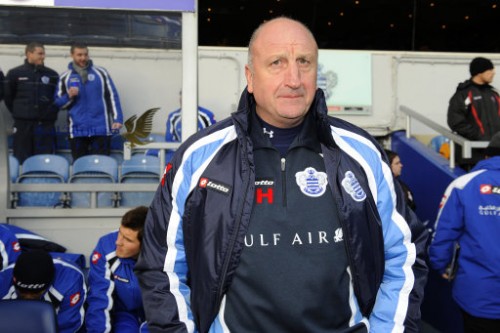 Micky Adams, Swansea (13 days): A bit of a journeyman full-back in his playing days, Adams followed suit after his move into coaching – even achieving the impressive feat of managing of no less than three different teams over the course of the 1997/98 season.

Having left Fulham, Adams joined Swansea in a player-manager capacity only to a fortnight (and three defeats in three games) later, claiming the funds he’d been promised to improve the Division Three side’s squad have not been forthcoming. 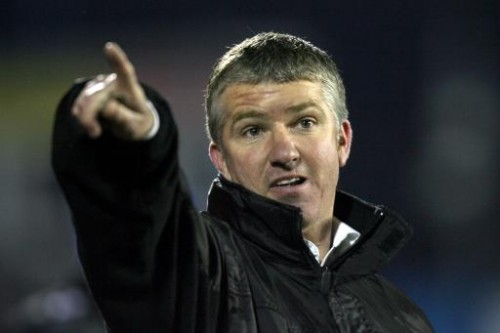 Martin Ling, Cambridge United (9 days):  Ling was given the manager’s job at non-league Cambridge in July 2009, but before a ball had even been kicked that season, he resigned due to “irreconcilable differences” with club chairman George Rolls.

However, Rolls left his role at the club shortly after, at which point Ling agreed to come back. He became manager once again just 16 days after his initial appointment and stayed for one-and-a-half seasons.

Billy McKinlay, Watford (8 days): McKinlay replaced the equally short-lived Oscar Garcia at Hornets’ helm after the Spaniard was forced to stand down over health concerns.

Eight days on down the line, McKinlay – unbeaten in his two games in charge – has now, in turn, stepped aside to allow former Partizan Belgrade coach (and ex-Chelsea midfielder) Slavisa Jokanovic to take over.

Kevin Cullis, Swansea (7 days):  Managed a massive one-and-a-half games in charge at Swansea in 1996 after, following a dire showing in his first game as boss (a 1-0 defeat against Swindon Town), the Swansea players mutinied at half-time during his second.

The team reportedly refused to acknowledge Cullis during the interval, with defender Christian Edwards giving the team-talk instead before the Swans went on to lose 4-0 against Blackpool. 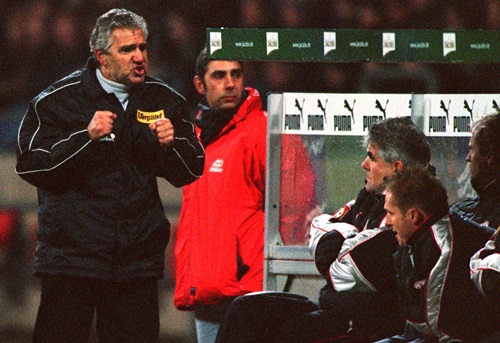 Jorg Berger, Arminia Bielefeld (5 days): With a well-deserved reputation as a survival specialist in German footballing circles, seasoned veteran coach Berger was brought in by Arminia Bielefeld to help the side stave off relegation from the Bundesliga in 2009 with just one game of the season left to play.

Bielefeld subsequently drew 2-2 with Hannover and were relegated in what, rather sadly, proved to be the last game of Berger’s career. He died the next year.

Dave Bassett, Crystal Palace (4 days):  In June 1984, “Harry” did a runner and left his spiritual home at Wimbledon (whom he’d taken from the Fourth Division to the Second after two consecutive promotions) after being offered the vacancy at Crystal Palace.

Bassett accepted the offer only to U-turn four days later when he announced he was returning to Wimbledon after having an epiphany in the 72 hours he’d been at Palace and decided that he had “unfinished business” at The Dons.

Bill Lambton, Scunthorpe (3 days): We’re going back to 1959 here so we can hope you appreciate that the details are a little murky. As far as we can tell, Lambton was jettisoned after just three days and one game in charge of Scunny: a 3-0 defeat to Huddersfield Town. 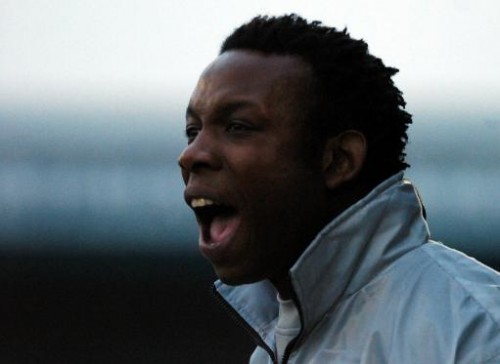 Leroy Rosenior, Torquay United (10 minutes): Who else? You’re already probably well aware of the story: Rosenior was sacked just 10 minutes into his maiden press conference as Torquay’s new manager when news broke that the club had been unexpectedly taken over and his services were no longer required.

Amid the confusion, Rosenior then took over as Sierra Leone’s manager a few days later – signing a two-match contract to manage the country he represented once as a player.

Any other disastrously short managerial stints you care to mention? Feel free to share…