And before any of you bloody rabble start with the “Player X goes missing for Team Y every week” nonsense, we’re talking about players who have gone AWOL here, not MIA… 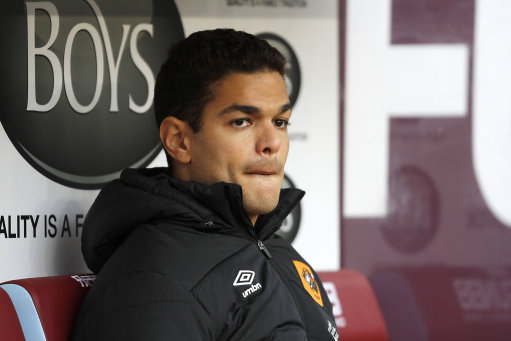 Hull City manager Steve Bruce has this very morning claimed he has “absolutely no idea” where Ben Arfa is after banishing the stroppy French winger from the Tigers fold.

L’Equipe reported last week that Ben Arfa is actually currently training on his lonesome somewhere in Paris after being told to make himself scarce by the suitably unimpressed Bruce.

It’s little more than tittle-tattle, but it’s being rumoured the spat between the two erupted when Bruce received his match report after Hull’s recent 0-3 defeat against Manchester United, only to be informed that Ben Arfa had covered less ground than goalkeeper Allan McGregor over the course of the evening. 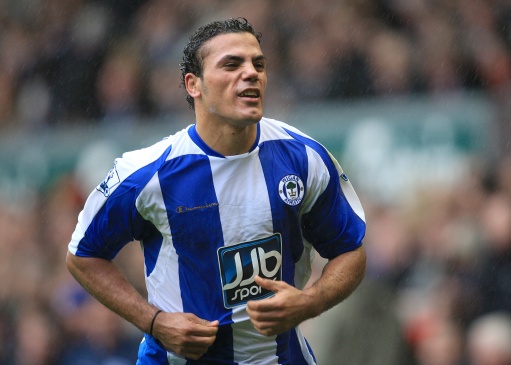 Another case involving Steve Bruce, who, while manager of Wigan in 2008, famously branded Zaki the “most unprofessional player he’d ever worked with” after the Egyptian flash-in-the-pan was several days late reporting back from international duty…for the fourth consecutive time.

The fact that Zaki’s 26th birthday fell between the end of Egypt game and his scheduled return to Lancashire is probably entirely coincidental. 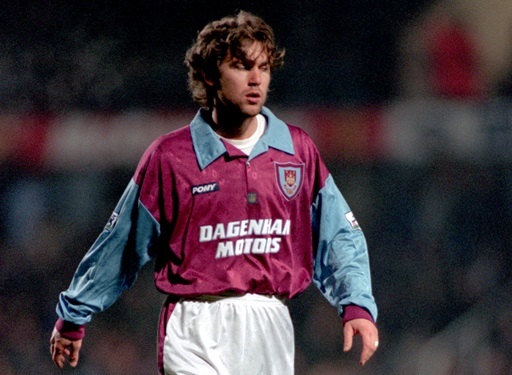 After a fairly successful showing at Euro ’96 in which he scored Romania’s only goal of the tournament, Raducioiu joined West Ham from Espanyol a few weeks later – and it was pretty much all downhill from there.

The striker got off to an extremely slow start at Upton Park and then did himself no favours by no-showing the Hammers’ League Cup fourth round trip to Stockport in December in lieu of (allegedly) going shopping at Harvey Nichols with his wife.

We should, however, point out at this juncture that those allegations were made by none other than Mr. Henry James Redknapp. 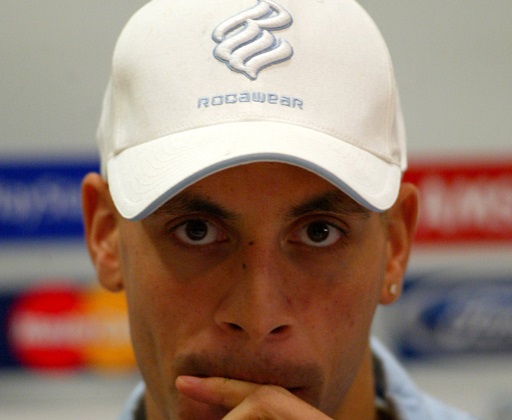 Rio’s little AWOL episode in 2003 may well have proved the more high profile, what with him forgetting a mandatory drugs test and all – but little brother Anton’s dalliance with truancy is far more entertaining.

In March 2007, the then-West Ham defender asked manager Alan Curbishley for compassionate leave to visit his sick grandmother on the Isle of Wight.

He was then spotted raving it up at the Knock Knock club in South Carolina in the US on the eve of his 22nd birthday after presumably making one hell of a wrong turn at the Portsmouth Hoverport. 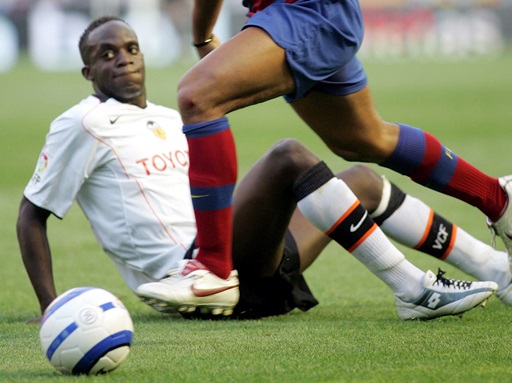 Back in 2004, Sissoko informed his currently employers – Valencia at the time – that he’d need a few days off as he’d been summoned by Mali to play in a friendly against Kenya.

Sissoko duly returned from international duty and even went as far as assuring Valencia officials he’d been subbed off shortly before half-time (as requested) in a 1-0 win for Mali.

In fact, there was only one small, almost insignificant discrepancy in the midfielder’s tale: he’d made the fixture up entirely. 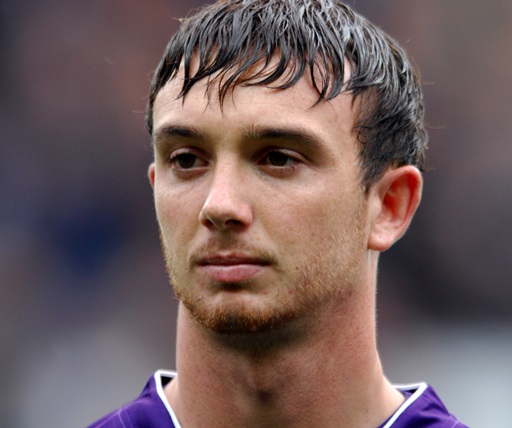 With a complex plot involving lies within lies within lies on top of lies, Ireland made a proper berk of himself in his desperate attempts to wimp out of the Republic of Ireland’s game against the Czech Republic in 2007.

Firstly, Ireland asked to be excused due to the death of his maternal grandmother – an excuse which washed right up until the point that his grandmother came forward and publicly expressed her shock at the premature news of her passing.

Ireland then tweaked his story slightly, this time claiming he had been mistaken and that it was actually his father’s mother who had died.

Once again, this proved to be hogwash, with his paternal nanna also turning out to be still very much among the living.

Not to be denied, Ireland then had one last stab at it – this time claiming that one of his grandfathers was divorced and that it was his elderly partner who had died.

Alas, this was not true either (are you beginning to see a pattern emerging here?) and a whole shit-storm of flak came his way, with the midfielder’s once-promising career never fully recovering. 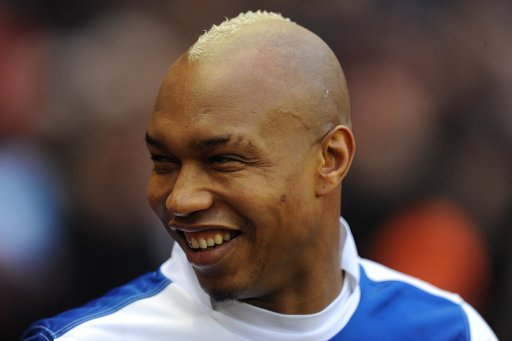 The story goes that, shortly before the 2011/12 season, Diouf threw a hissy fit after the rest of the Blackburn squad effectively told him where he could shove the SPL winner’s medal (won while on loan at Rangers the half-season previous) after he decided to show it off in the Rovers dressing room.

The Senegalese striker stormed off, refused to answer any calls and then didn’t report in to travel to Blackburn’s pre-season training camp in Austria or their first session back in England the following week – finally slouching back to Ewood Park a full fortnight later than he was supposed to.

Mind you, they were being managed by Steve Kean at the time, so we can (almost) forgive him.

Back in September, slightly curious report began circulating in the French press that ex-Liverpool and Swansea striker David N’Gog had completely vanished from the face of the Earth.

Having only just joined Ligue 1 side Stade de Reims over the summer, N’Gog pulled out of a game against Lorient with a supposed stomach bug.

The Reims team doctor then went on record to say that he had visited N’Gog in his hotel room and was able to confirm the striker was feeling unwell and therefore was unable to play.

The club subsequently sent staff over to check on the bed-ridden N’Gog only to find that he had packed up his belongings and vacated his hotel room altogether.

Secondary reports then did the rounds alleging N’Gog was perfectly healthy and had simply ducked out of the Lorient game to return to his family home in the Parisian suburbs.

However, Reims themselves nixed that particular theory after being forced to actually issue an official club statement to confirm N’Gog was suffering with a messy viral infection to knock all the nonsense on the tête. 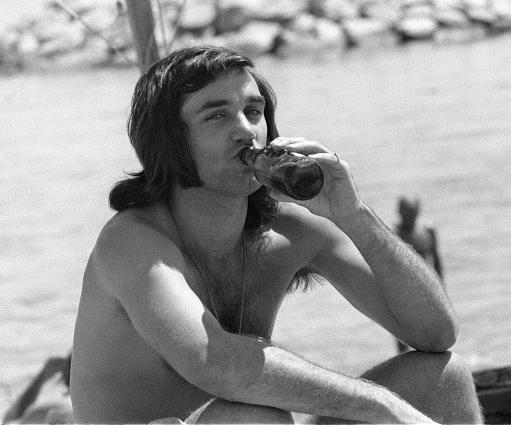 Frustrated with Manchester United’s gradual decline in the early 1970s, Best simply skipped off for a three-day bender during the 1972/73 season, pissing it up the wall at several nightclubs in London.

Unsurprisingly, Best was fined and transfer-listed upon his bleary-eyed return. He promptly threw a tantrum and retired (for the second time) before eventually resuming training some months later. 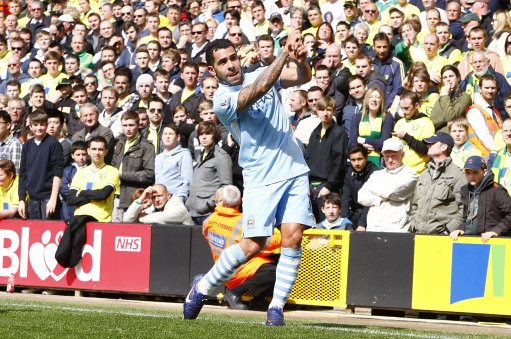 Exiled by Manchester City for apparently refusing to warm-up prior to coming on as a second-half substitute against Bayern Munich, Carlos Tevez found himself unofficially deported back to Argentina in 2012 while City decided what they were going to do with him.

Tevez swiftly became a pariah in Premier League circles, with City manager Roberto Mancini famously vowing that the striker would “never play for the club again” for such gross insubordination.

While everyone else back in Manchester was busy working themselves up into frothy lathers, Tevez was photographed multiple times happily whiling away his leisure time on the golf courses of Buenos Aires.

Five months later, after City settled on a considerable fine as punishment, Tevez was eventually reintegrated back into the squad – even celebrating his first goal back against Norwich with a gleeful “golf swing” celebration.

Number of f**ks given? We’ll give you a clue: it was definitely a round number. 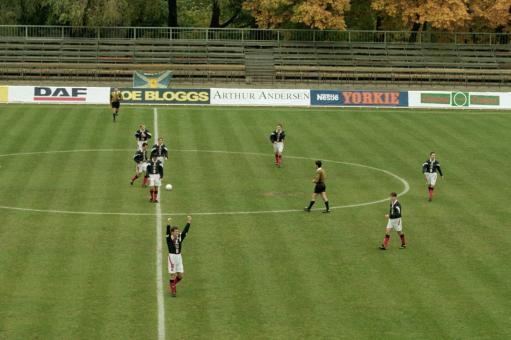 After learning that the Scottish FA had previously complained about the floodlighting at their stadium, Estonia withdrew from their World Cup Qualifier shortly before the game – leaving the Scots to kick-off on their own, all labouring under the misguided belief that they’d be given the default win (hence the celebrations).

Sadly it wasn’t quite that easy. FIFA ordered a replay; it ended goalless.

Have we missed any glarers? Lets us know all about it…