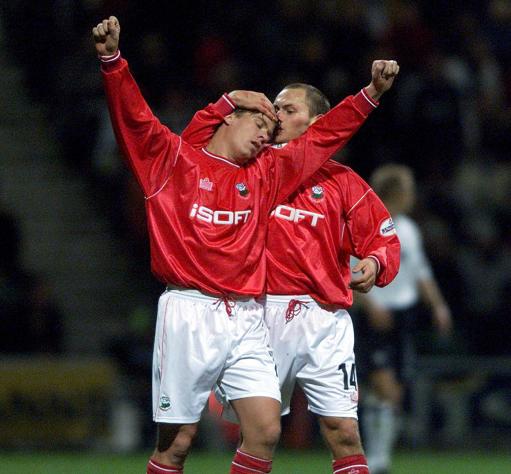 His is a name that doesn’t often come up when great goals are being discussed, but Barnsley stalwart Darren Barnard has every right to be included in the canon thanks to a moment of magic against Yorkshire rivals Huddersfield in November of 1998.

The Tykes absolutely thumped the Terriers on the day, winning 7-1, with Barnard putting his side 6-0 up with this truly stupendous, angled ripper of a volley…

To quote Pies fan Dave Regis, who brought this spectacular effort to our attention: “That were a reyt hit!”

Fun fact: Darren Barnard once found himself ruled out for five – five! – months with torn knee ligaments after he slipped in a puddle of his puppy’s urine on the kitchen lino.