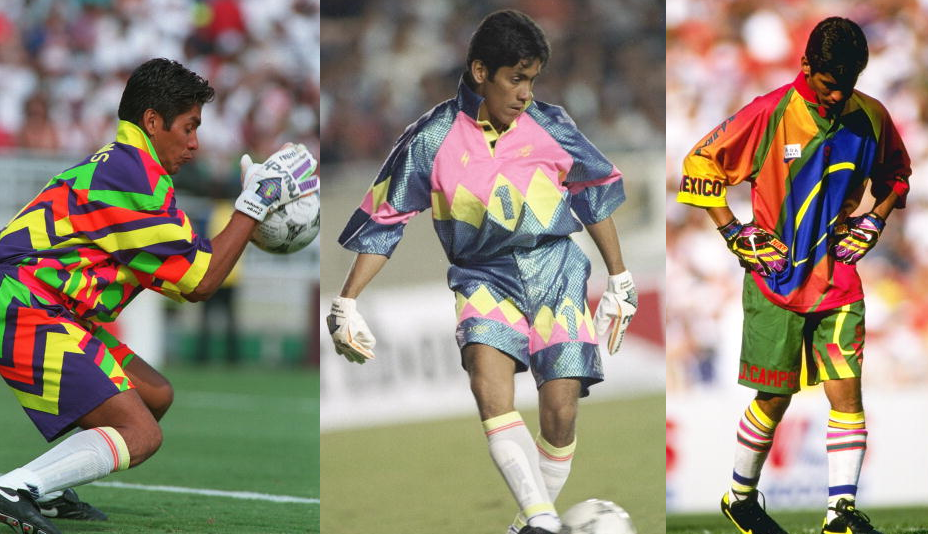 Stop it Jorge, you’ll have somebody’s eye out

By day he was your average, mild-mannered maverick Mexican goalkeeper with a penchant for designing his own kits, but it’s perhaps less well remember that Jorge Campos also did a tidy sideline in playing as an auxiliary striker from time to time over the course of his career.

It wasn’t like it was just on a crazy whim either; the diminutive Campos was really quite nifty up-front, even ending his first ever season as a professional (with Pumas in 1988) with a healthy 14 goals to his name despite being brought in first and foremost as the club’s understudy ‘keeper that year.

However, Campos’ finest strike came almost a decade later in 1997 while playing for Atlante, when, after been deployed as a substitute striker late in the game despite starting the game betwixt the sticks, he popped up and smashed this little corker in at the far post against Cruz Azul…