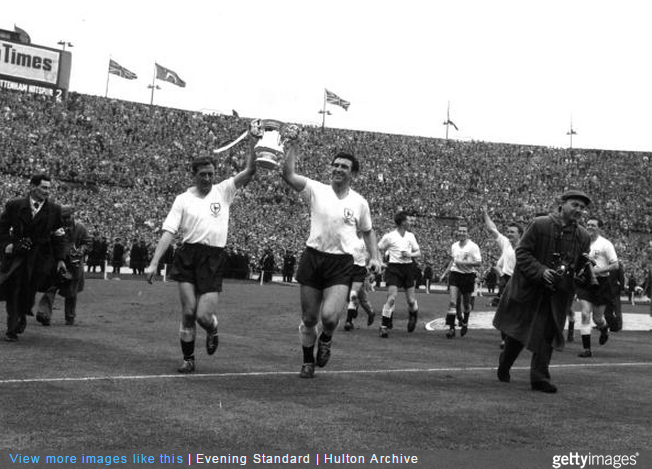 Tottenham players carry the FA Cup trophy on a lap of honour after completing a league/cup double with a 2-0 win over Leicester at Wembley, May 1961

On the anniversary of Ajax’s dominant victory in the 1972 Intercontinental Cup, Pies thought it timely to once again pose the ever-contentious question: Just who were the greatest club side of all time?

Here’s five strong contenders, and why we think they deserve a their place on the list. For the record, we’ve decided the modern era means “as far back as 1945”, so heartfelt apologies to fans of Huddersfield Town and Corinthian Casuals.

With Ferenc Puskas and Alfredo de Stefano leading the line, Real Madrid unquestionably dominated world football between 1955 and 1960, winning the European Cup five times in a row and establishing the primacy of pan-European competition.

The first side ever to win the Double, i.e, the First Division and the FA Cup: the two most prestigious club competitions in world football at the time – a task thought previously to have been nigh-on impossible.

However, Bill Nicholson’s marvellous team, led on the pitch by Danny Blanchflower, smashed records, thrilled fans and somehow managed to do the impossible – changing the face of English football as they did so.

They retained the FA Cup the subsequent year then became the first British side to lift a European trophy. Those who witnessed the all-conquering Super Spurs in action almost universally testify that their like has never, and will never be seen again.

Coach Rinus Michels had been developing the system known as ‘Total Football’ with Ajax since 1965. In it, outfield players were able to switch roles at will, every player capable of playing in every position.

The system clicked between 1971 and 1973. Ajax won all their home games for two seasons running, were defeated just once in the 1972/73 season and won four titles in 1972 – the Dutch league and cup, the European Cup and the aforementioned Intercontinental Cup.

By 1999, doing the Double was positively old hat. Even so, the rigorous demands of modern football surely meant that the prospect of a Premier League, FA Cup and Champions League treble existed solely in the fevered daydreams of the most optimistic, ambitious fan.

Not if you were Manchester United. Sir Alex Ferguson’s side dominated top-flight competition, rounding off the Treble on an extraordinary night in Barcelona against Bayern Munich. Just ask Clive Tyldesley for details.

Winning every competition you enter in the space of an entire calendar year surely qualifies you for this list. In 2009, Barca won La Liga, the Copa del Rey, the Spanish super cup, the Champions League, the UEFA Super Cup and the World Club Cup.

All that on the back of some of the most mesmerizing possession and interchange play ever seen, of course spearheaded by the exacting tutelage of coach Pep Guardiola and the most exciting player on the planet, Lionel Messi. 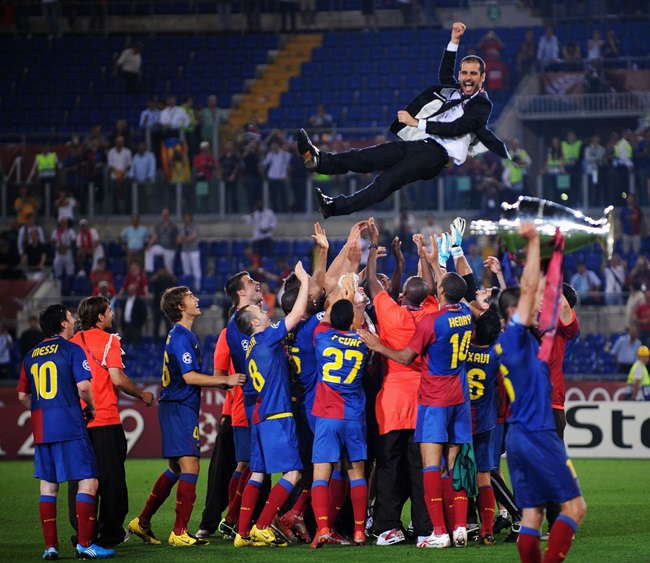 And what about teams from further afield? The legendary Santos teams of 1962 and ’70 for example.

It goes without saying, but we’d definitely like your thoughts on this one…