Unlike most people, we actually wait until the end of the season to do our ‘team of the season’. Makes sense, don’t you think? Anyhoo, here’s our selection for the best XI in 2006/07 (fitting neatly into a time-honoured 4-4-2 formation):

GK: JOSE REINA (Liverpool)
Pepe still flaps at the odd cross like a giant baby bird, but we’ll forgive him the odd discretion (all keepers make mistakes, simple as that). Reina is still young for a keeper (just 24, although he looks more like 34) and improving all the time. He’s had a great season, behind a constantly changing back four, and the fact fans now take it for granted that Liverpool concede hardly any goals is a testimony to his effectiveness as a shot-stopper.
Honourable mention: David James (Portsmouth). A renaissance season for Jamo. Nothing calamitous about his form these days. 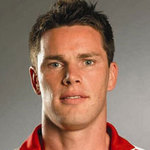 RB: STEVE FINNAN (Liverpool)
Finnan gets the Denis Irwin award for invisible brilliance and robotic reliability. Stevie F (does he even have a nickname or his own chant?) never finds himself in the spotlight because of dalliances with WAGs or merky japes with Rio and I imagine that’s just how he likes it. No, Finnan is far too busy tackling wingers, defending corners, making overlapping runs and putting in crosses.
Honourable mention: Michael Essien (Chelsea) Just because you can’t give Essien enough honourable mentions – he looks class wherever he plays.

LB: NICKY SHOREY (Reading)
It’s a shame that Reading couldn’t quite get into Europe, but they’ve had a cracking season nonetheless. No one epitomises the club’s success better than Shorey, a superior journeyman who has played in all four divisions. His form this season has been a revelation. Steve McLaren won’t give Shorey a chance because he plays for an unfashionable club, but Steve Coppell knows better.
Honourable mention: Patrice Evra (Man Utd) Does make mistakes, but has the pace to recover. And boy is he fun to watch going forward.

CB: RICARDO CARVALHO (Chelsea)
Carvalho has been Chelsea’s best defender by a mile this season, and he also found the time to waltz out of defence and score goals/play defence-splitting passes. If he was English we’d rave about him and compare him endlessly to Bobby Moore – but he’s Portuguese and has bad hair and his head’s a bit too small for his body, so obviously that doesn’t happen.
Honourable mention: Rio Ferdinand (Man Utd) For all his extra-curricular merking activity, Rio has been terrific this season.

CB: JOLEON LESCOTT (Everton)
‘The biggest compliment you can pay him is that he has never looked out of place once, and having to play at left-back for so long has just underlined that.’ So says David Moyes, Lescott’s gaffer, and who are we to argue? Lescott was recently called up to the England ‘B’ squad but he has the talent to go all the way to the full senior squad. He was also voted Player’s Player of the Year by his team-mates. And he looks like a Bond villain. What’s not to like?
Honourable mention: Nemanja Vidic (Man Utd) Has added some much-needed granite to Man U’s defence.
Check back tomorrow to read part 2 of our team of the seasonâ€¦