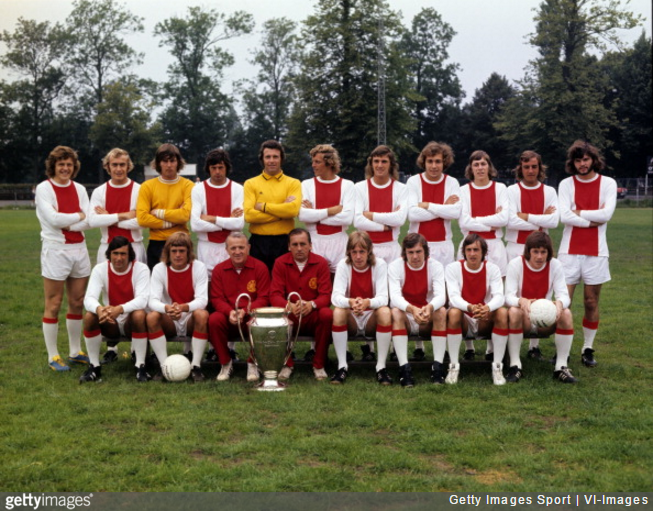 Exactly 116 years ago today, AFC Ajax were founded in Amsterdam. Since then, they’ve gone on to become one of the world’s most successful and iconic clubs.

To mark the anniversary, here are five fantastic (totaal) footballing facts about the Dutch masters.

1.) Englishman Jack Reynolds managed the club in four different spells between 1915 and 1947. Reynolds had played football for Manchester City, Burton United, Grimsby Town, Sheffield Wednesday and New Brompton, but it was as a manager that he really shone.

He’s credited as one of the men who laid the foundations for the famous ‘Total Football’ style the club would become associated with. Rinus Michels, who implemented the modern system of totaalvoetbal in the 1960s at both Ajax and the Dutch national side, played under Reynolds.

2.) During the 1966-67 campaign, Ajax scored 122 goals – still the record for a single Eredivisie season. The team also won the Dutch Cup, thus achieving its first Double.

3.) Romanian coach Stefan Kovács took over in 1971/72 when Michels left to manage Barcelona, having secured the side’s first European Cup. In Kovács’s first season, Ajax won the league, the Dutch cup and the European Cup. The following season Ajax won the Intercontinental Cup, the league and the European cup again – becoming the first side since Real Madrid to win Europe’s top trophy three years on the trot.

4.) The famous club logo featuring the head of the Greek god Ajax the Great was introduced in 1928. It lasted until 1990, when it was replaced by an new abstract version of the crest, made up of 11 lines to symbolise the 11 players in the team…

5.) Although Ajax’s kit is one of the most instantly recognisable in world football, it’s not their original kit. In fact, the original strip (circa 1900-ish) was all black with a red sash tied around the waist, which was soon replaced by a red-and-white striped jersey with brown shorts. Lovely.

However, when the club made it to the top division for the first time in 1911, Sparta Rotterdam already had the same kit so Ajax were forced to change theirs under league rules.

They duly opted for the famous white-with-red-bar kit they are now so readily associated with. 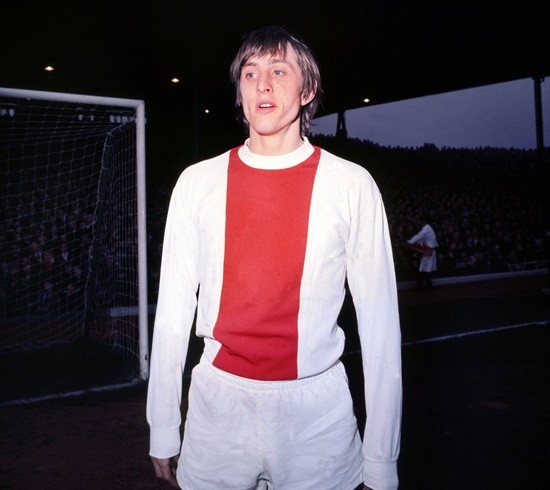