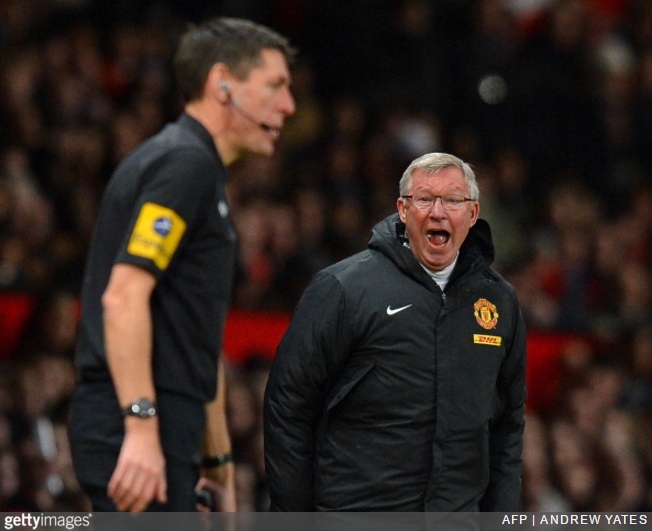 When Manchester United lost 2-0 to Fulham on 21st March 2009, manager Alex Ferguson had a simple explanation for his team’s shortcomings: The dressing rooms at Craven Cottage had been too small.

After the defeat, Ferguson rallied against the “ridiculous” facilities at Fulham before calling on the Premier League to introduce a minimum size standard for all teams in the top tier to avoid any such travesty befalling any of his contemporaries.

With all the money in the Premier League, some grounds should be better. There should be a minimum standard of size of dressing room, especially now you have more players on your bench and an increased staff.

Everton’s are so narrow it is unbelievable. Portsmouth’s away dressing room is not great and the one at Fulham is smaller than my office.

Craven Cottage is a very traditional stadium and one of my favourite away grounds, but when you have 18 players stripping down, plus coaches, physios and kit men, it is ridiculous really.

Hear hear. Down with this type of thing.

To that end, here are five other fatuous fillets of flim-flam that have been used to explain away footballing failure.

When Newcastle drew at Stevenage in the FA Cup in 1998, Reds’ manager Kenny Dalglish was in no doubt why his team had failed to topple their lower-league opponents. The balls were too bouncy.

After the match, Dalglish complained that the swirling winds and unruly balls suited Stevenage more than Newcastle, which led to opposing chants of “Your balls don’t bounce enough” being sung in his direction all through the replay.

When Ukraine lost 4-0 against Spain in their first game of the 2006 World Cup, defender Vladislav Vashchuk had his excuses at the ready. Noisy frogs had kept the team awake the night before. He lamented: ‘Because of the frogs’ croaking we hardly got a wink of sleep”. 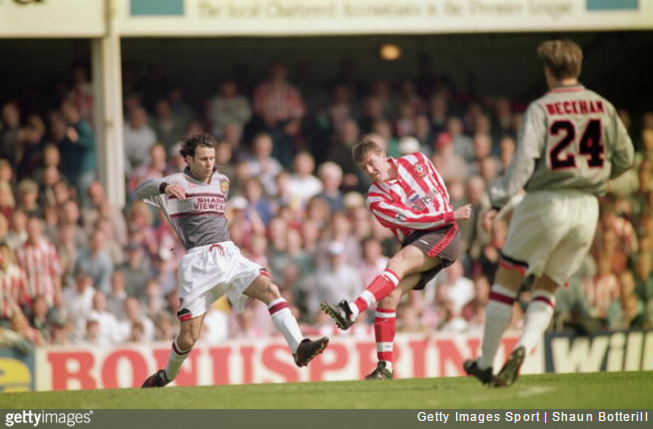 Can you spot Ryan Giggs in this photograph? Buggered if we can either!

Alex Ferguson was again at his inventive best when called upon to explain his side’s infamous defeat to Southampton at The Dell in April of 1996.

Already 3-0 down at half-time, Fergie decided that his players were struggling to pick each other out in United’s dreary new grey away kit. He ordered them to change into their blue and white third strip for the second half.

Sure enough, United came roaring back to lose 3-1 by the end of the game.

Liverpool’s Bill Shankly went one better when his side lost in the 1971 FA Cup Final to Arsenal. His side’s new shirts were, and we quote, “too heavy”. Poor lambs.

Gerry Francis’s largely featureless reign in charge at Tottenham doesn’t regularly feature in all-time top tens compiled by the club’s fans, but his excuse for one particular defeat does live in the memory. He blamed the loss on the grass. It was the “wrong type” you see.