Right, let’s get this out of the way up top shall we? As you’re well aware, t’is April Fool’s Day today so the football clubs of the land have been busy pumping dross out onto the internet to celebrate.

Complete with an emoji…

#SaintsFC is pleased to announce plans for a new club crest from the 2016/17 season onwards! 😇 pic.twitter.com/zsnlUTt7Bc

Plymouth Argyle hire water buffaloes to plop on their pitch

Hats off to the Plymouth Herald, who have gone to great lengths to create a ridiculously elaborate article that even includes in-depth video analysis of the Lowland Anoa and the various pros and cons of its faeces… 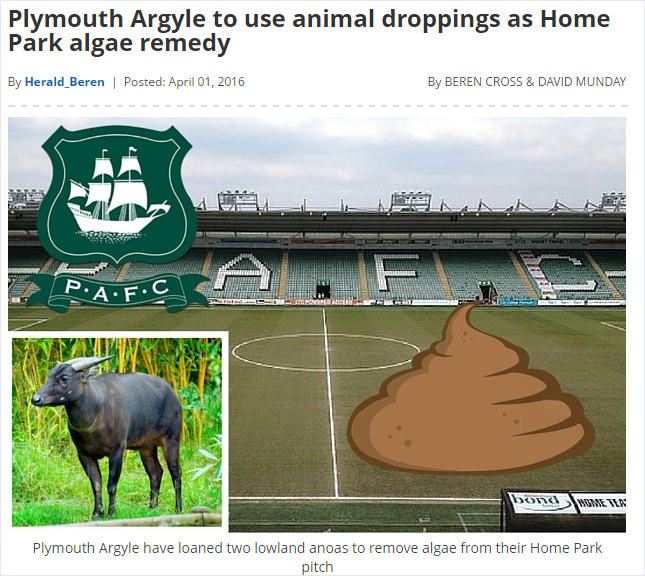 Rio makes the move into management

Brought by precisely nobody…

Quite good this one, actually…

…noticeable by it’s absence is the breaking international news, ‘Cricket Clásicos’, a sport not big in Spain…yethttps://t.co/Coviwfpyz2

That’s all you’re getting from Pies on the subject today. We’re off to sit and sob in the corner until all of this is over for another year.