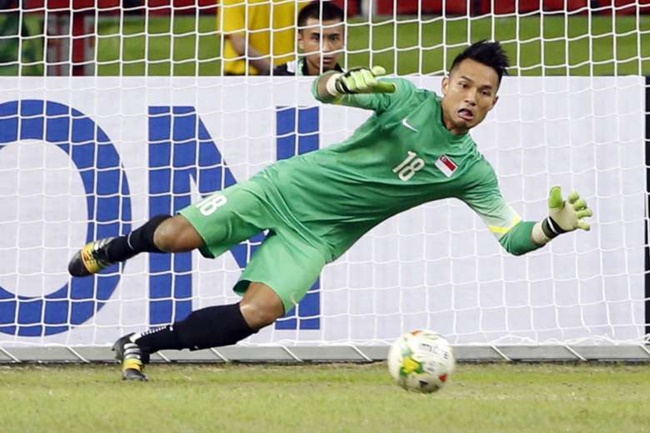 The veteran Singaporean goalkeeper who found his way into the Daily Telegraph’s rundown of the top 20 goalkeepers in world football has admitted that he assumed his inclusion on the list was an April Fool’s Day joke.

The article was published on 12th April, though Sunny only caught wind a few days later when he saw a link pop up on his Facebook timeline.

Sunny, who has 80 caps for his country and currently plies his trade at Army United in the Thai Premier League, told The Straits Times:

When I first saw the link on Facebook, I thought it was a belated April Fool’s joke. After all you can’t trust everything you see online.

It was only after I started getting congratulatory messages from friends and colleagues that I realised it was real.

Asked how he felt about his ranking, the 32-year-old stopper replied:

I’m a bit shocked, to be honest. It’s a huge recognition for me, to be rated amongst the best in the world.

(The accolade) is something I will remember, especially for me now.

How sweet. Bless him. It’s always refreshing to see a professional footballer display some genuine humility once in a while.

The Telegraph’s article is here should you fancy a butcher’s.