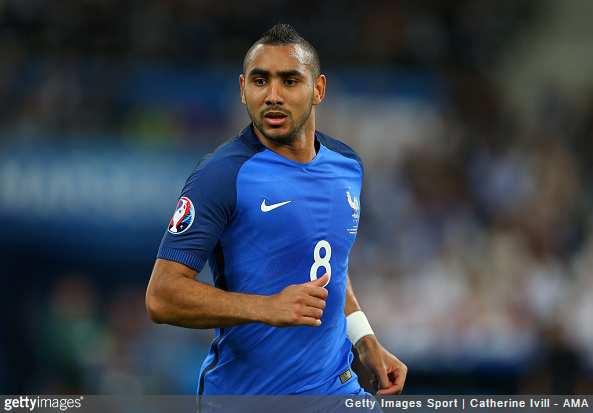 Whereas UEFA have seen fit to crown Dimitri Payet as their player of the tournament, Pies thought we’d take the time to credit a few of the other players that have impressed us in one capacity or another over the duration of Euro 2016.

Just so you’re aware, we’ve deliberately eschewed the likes of Antoine Griezmann, Paul Pogba, Gigi Buffon and Gareth Bale, who have already had their fair share of the plaudits.

Leonardo Bonucci (Italy): We love a good battle-hardened Italian centre-back here at Pies and Bonucci was at his grizzled, wily, uncompromising best for the Azzurri in France, surpassing Giorgio Chiellini as the central pillar of a notoriously cunning back three who revel in referring to themselves the ‘Inglorious Bastards’.

Pepe (Portugal): Proving again that he’s a world class defender when he’s not knee-deep in shithousery, Pepe was rock solid at the back for Portugal all tournament.

Bonus points for involuntarily vomiting at the end of the final after realising he’d somehow got through the entire match without getting booked.

Darijo Srna (Croatia): Cemented his position as a national hero by putting in a typical resilient, manful captain’s shift mere days after losing his father.

Once again, the veteran full-back gave it his everything. Emotional.

James Chester (Wales): With senior partner Ashley Williams proving uncharacteristically nervy in a couple of the early games, Chester stepped up to the plate and plugged the gaps in Wales’ back line with a mix of hard-tackling and good positional nous.

Suddenly the £8million that West Brom paid for his services last year doesn’t seem quite so fanciful.

Laurent Koscielny (France): Just an immaculate centre-half. Quite possibly the best in the world at the moment.

Jakub Blaszczykowski (Poland): Kuba ended the tournament with the more tackles attempted (33) and more successful tackles made (20) than any other player in France despite going out at the quarter-final stage.

The 30-year-old worked tirelessly for his team, putting in a proper up-and-down midfield performance.

Joshua Kimmich (Germany): It’s little wonder that Pep Guardiola rates him so highly. The versatile 21-year-old can effortlessly operate in any position and already looks nigh-on fully realised as a senior player, even when deployed as an auxiliary right-back for Germany.

He did fall into an Arjen Robben-esque loop of cutting inside and firing shots all over the shop against France in the semi-finals, but we’ll forgive him because he looks like a little rosy-cheeked cherub.

Joe Allen (Wales): While Gareth Bale and Aaron Ramsey took the plaudits for their silky interplay further up the pitch, Allen (with an assist from the hard-working Joe Ledley) provided the stable foundations from which to build in the Welsh midfield.

To be honest, we’ve never really understood why he’s routinely treated as a punchline by snarky fans on social media and the like.

Busy, nimble and never afraid to take the ball, we wouldn’t be surprised if one of them thar fancy foreign teams has a dabble on the surplus Liverpool man before the start of the season.

Ivan Perisic (Croatia): Aside from his hair game being on point, Perisic was one of the few wingers at Euro 2016 who actually ran at defenders and turned his markers around while heading for the byline to clip crosses into the box – you know, like all good wingers used to do.

Luis Nani (Portugal): Matched Cristiano Ronaldo in the scoring stakes (three goals) while simultaneously proving that he isn’t quite the busted flush most people took him for – earning a nice mid-tournament move to Valencia in the process.

Nani’s ground speed and almost-myopic-at-times directness was a crucial element of Portugal’s counter-attacking.

Okay, that be our pick. Agree/disagree? Anybody else you feel deserves a nod? Feel free to let us know all about it…