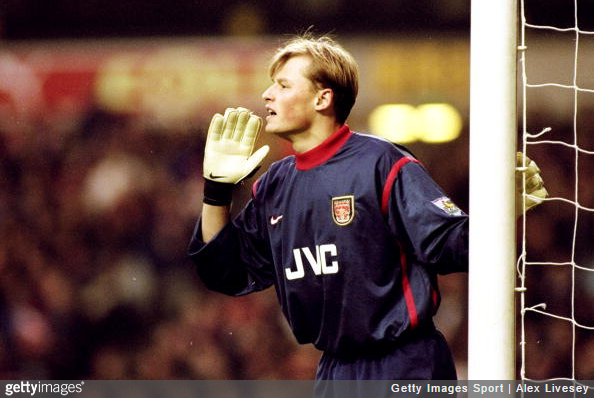 With the shock news today that Alex Manninger has been training with Liverpool with a permanent deal on the cards, we thought we’d scout around and cobble together a list of some of the other ageing ex-Premier League pros that you assumed retired years ago but are in fact still plugging away out there.

Let’s dive in, starting with the aforementioned…

Alex Manninger: The Austrian first joined Arsenal as a fresh-faced young urchin in 1997. He’s now on trial with Liverpool, who are mulling over the prospect of bringing in the 39-year-old (who spent last season at Augsburg) as cover for Simon Mignolet and Loris Karius.

Yakubu: Still only 33, the Yak recently joined National League side Boreham Wood on a trial basis.

Elano: The former Man City midfielder, 35, is gracing the pitch for Chennaiyin FC as a marquee player in the Indian Super League.

Diego Forlan: Word on the wire is that Forlan, 37, is on the cusp of joining Elano in the ISL, with a move to Atletico de Kolkata in the pipeline.

Tal Ben Haim: Ben Haim is 34, which is the only age he’s ever been and ever will be. The ex-Bolton, Chelsea and Portsmouth centre-half signed for Maccabi Tel Aviv in the summer of 2015 having made 37 appearances for Charlton the previous season.

Emre Belozoglu: The former Newcastle scoundrel is 35 and plying his trade for Turkish top flight side Istanbul Basaksehir.

Jussi Jaaskelainen: The Finnish goalkeeper is still plugging away at Wigan at the grand old age of 41, despite having never looked a day over 15.

Massimo Maccarone: Hard to believe, but Middlesbrough’s one-time UEFA Cup hero is only 36 and still (intermittently) banging in the goals for his boyhood side Empoli.

Sam Dalla Bonna: The former Chelsea midfield prospect, now 35, is not officially retired, but has been without a club since leaving Italian minnows Mantova in 2012.

Tresor Lomana LuaLua: Still back-flipping all over the shop at 35, Lua Lua is employed by Sanliurfaspor in the Turkish second tier.

Florent Malouda: The former Chelsea winger, now 36, is on the books At Egyptian side Wadi Degla.

Steed Malbranque: We know what you’re thinking: surely he’s well into his forties by now? Well, no. The almighty Steed joined Caen in June at the age of 36.

Pascal Chimbonda: Once sat on the bench at a World Cup Final. Currently a free agent, though the permanently gloved 37-year-old was last seen at Greek third division side Oikonomos Tsaritsani in 2015, having passed through Carlisle, Tranmere and Market Drayton on the way there.

Thomas Sorensen: Aged 40, former Sunderland, Aston Villa and Stoke ‘keeper Sorensen is now winding down at Melbourne City, who seem to be acting as some kind of retirement refuge for Premier League old-timers.

Eric Djemba-Djemba: Now aged 35, the Cameroonian midfielder is playing for Persipa Padalarang in the Indonesian Village Sunday League. We can only imagine it’s as glamorous as it sounds.

Roque Santa Cruz: Still unnervingly handsome at the ripe old age of 34, Santa Cruz is currently playing in his native Paraguay with Club Olimpia but has recently been linked with a move to Boca Juniors and, surprise surprise, the ISL.

Sidney Govou: Okay, Govou never played in the Premier League but he was once strongly linked with a move to Fulham, which is enough for us to include him on this list. The former France international, now 36, is amazingly still active and on the books at FC Miami City in the fourth tier of the North America soccer pyramid.